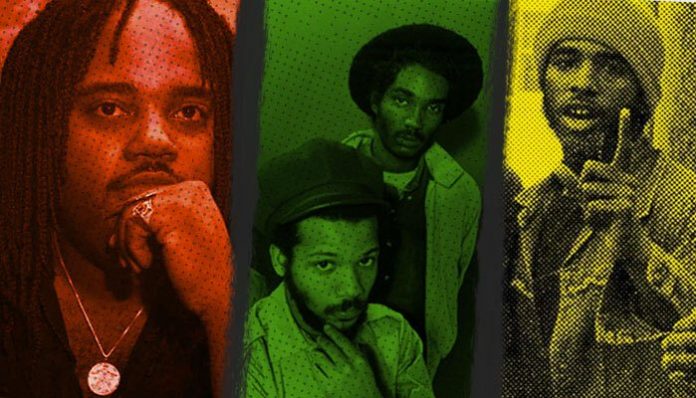 It cannot be denied that some of the most enduring and exciting music and culture created in the punk and alternative-rock scenes were made by people of color. From the early days of Rock Against Racism in the U.K. to the game-changing awareness of the Washington, D.C. hardcore scene, these black artists were there all along. Like FEVER 333 stripped it down for the world, #rockmusicisblackmusic.

To that end, here’s a list of some essential black artists whose contributions to underground music have endured. The songs and performances may belong to history, but their resonance remains loud and clear.

No punk lifer can deny that Bad Brains’ power and musicianship practically defined hardcore. Inspired and floored by the dynamic vocalist H.R. and a band who are unsafe at any speed, witnesses such as Adam “Ad-Rock” Horovitz, Henry Rollins and Ian MacKaye won’t find that sentence hyperbolic in the slightest. From their legendary 1982 cassette debut to their most recent release (2012’s Into The Future), Bad Brains expanded both their fans’ consciousness and their record collections. What the world really needs now is a comprehensive reissue of all of their work.

The musical heart of metal/punk legends the Plasmatics, Jean Beauvoir is a multi-faceted solo artist, band leader, producer and writer of film scores. His wide list of collaborators includes the Ramones, KISS, the Pretenders and Bruce Springsteen. While people were enraptured by the shock tactics of Plasmatics vocalist Wendy O. Williams, Beauvoir was holding everything down sonically. His musical diversity is evident in the breadth of artists he’s worked with.

For four decades, the leader of 2Tone-era ska outfit the Selecter has been making us dance and expand our cultural and political consciousness. With the Selecter, Pauline Black was part of the late-’70s ska revival alongside other classics such as the Specials and Madness. Still remaining in motion with a new Selecter LP (Daylight), working with Gorillaz and writing her 2011 memoir Black By Design, the cultural polymath is empowering and enrapturing new generations of rude girls and boys.

The Detroit born-and-bred Hackney brothers were playing a raucous brand of rock that predated the punk movement by five years. Death were fiercely independent, refusing to change their name to secure major-label money. Their output was rediscovered in 2008, released the following year and inspired a 2012 documentary, A Band Called Death. In 2015, the band issued N.E.W., a collection of fresh songs illustrating the new chapter in their continued creative drive. The word “lifer” was clearly created to describe these men.

Fred “Freak” Smith was a sonically diverse guitarist in the harDCore scene. He steered both angular punk-funk outfit Beefeater and gothic post-punks Strange Boutique. Smith was an ebullient, charismatic figure who left a lasting impression on everybody who entered his orbit, from the front of the stage to hanging out in front of a club entrance. His approach to the guitar was fearless and exploratory, whether it was punk, hardcore, metallic funk or moody post-punk. Sadly, Smith’s 2017 murder has never been solved. Check out his work on releases issued by Dischord (Beefeater) and Bedazzled (Strange Boutique) labels.