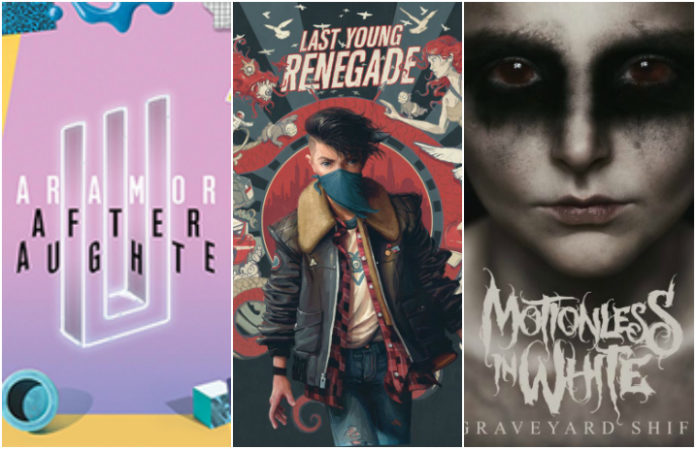 We sent out a message on Twitter and asked for you to share your favorite albums of 2017 so far—a task more difficult than it seems. You shared plenty of album love on social media, and we narrowed it down to your top five. Check out which albums made the cut, and see if your favorites are on the list!

Here are a few honorable mentions that didn’t make the top five, but were still shown some serious love (Check out your top 5 picks on the next page!):

Hopeless Fountain Kingdom by @halsey because the entire concept is amazing. The whole album flows so well together, and it sounds stunning.

My pick is “Okay.” by @ASITISofficial because it just speaks to me and I can relate to some of the songs, as well as the lyrics 🙂

Adornment by @GrayscalePA The melodies are infectious and the lyrics are relatable and get stuck in your head easily. Best Album 2017!!

So far it's Different Animals by @Volumesband. @realmyketerry brought something invigorating into the Volumes brand. ��