Fearless Records want to start a revolution—and you're all invited.

Fearless Records, the record label that’s been a staple in contemporary pop-punk, metalcore and a few more genres of note, recently appointed Jenny Reader to the position of president/chief creative officer. Born in the United Kingdom, Reader headed up the British office of Victory Records before emigrating to the U.S. in 2008 to work at the label’s Chicago headquarters.

In 2009, she moved to the West Coast, landing at Fearless and working closely with label president/founder Bob Becker. Having been involved with bands as diverse as Taking Back Sunday, Hawthorne Heights, Motionless In White, I DONT KNOW HOW BUT THEY FOUND ME and Underoath, Reader is well aware of the sea change in the contemporary music scene since the end of Warped Tour as well as the challenges of our community. She’s got a message, and we’re stoked to pass it on to you, accordingly.

When I was 6, I got my first pair of headphones. As I stood listening to music that appeared to be actually playing inside my head and a shit-eating grin slowly spread across my face, I got my first taste of the wonder music could ignite in me. It was nothing short of pure magic. I made a quiet pact that I would dedicate my life to recreating that same feeling in others.

As I hit teenhood—and was barrel-rolled by all the gawky outsider feelings and alongside it—I gravitated, not surprisingly, to a soundtrack of angst. The love of getting lost in my own audio fortress of solitude only burned into a fire, and later, the discovery that I wasn’t alone—that feeling of belonging at shows, of feeling like I’d found people who got it. Like whatever happened in life I’d have a place to go to, people with differences sharing the same passion and a space to share it. 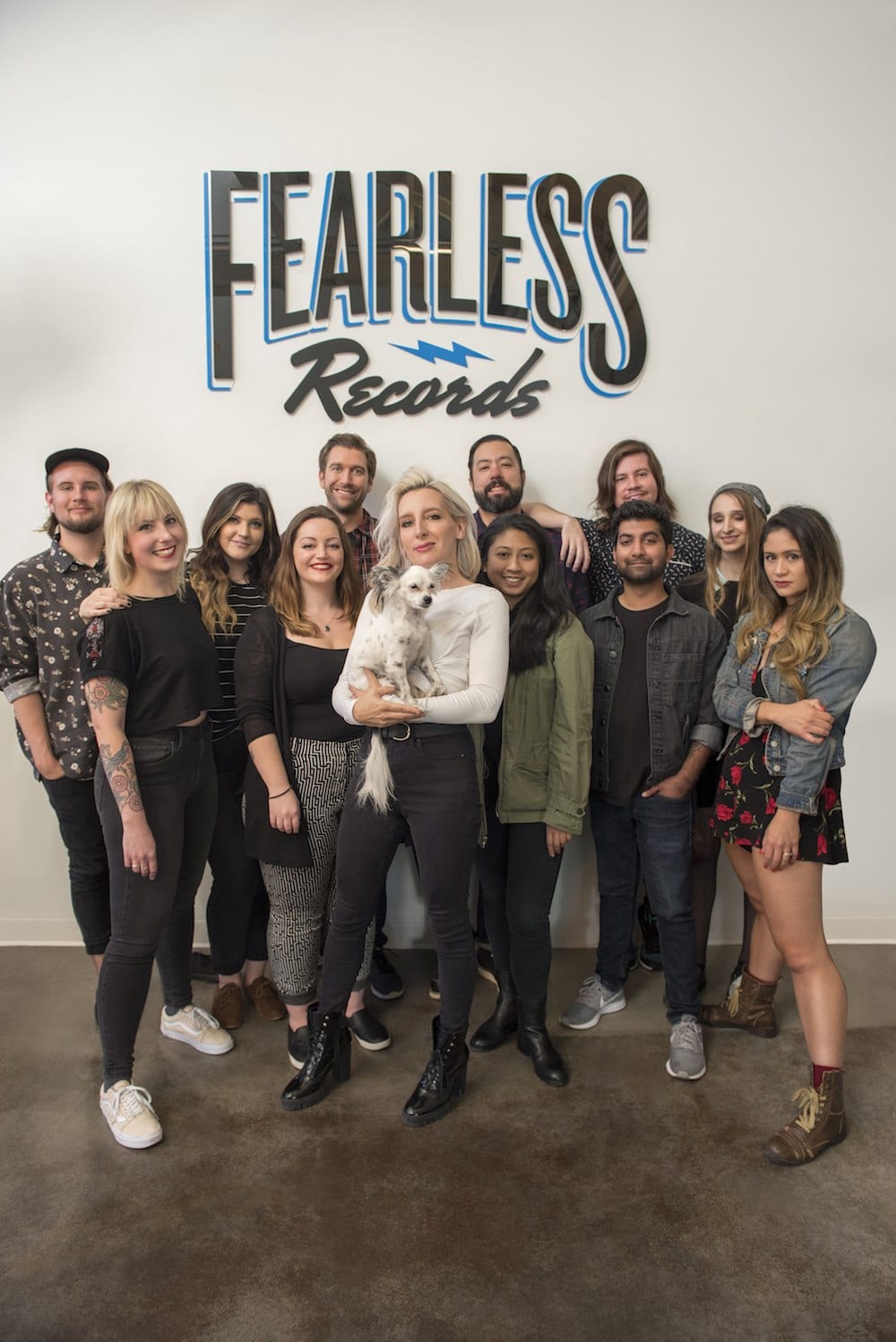 Flash-forward to now, when I’m leading the charge at Fearless alongside this awesome dude and our ninja team, and we have the opportunity to usher in a new era, not just for the label but in turn, for the community of artists, fans and industry that surround what we would loosely dub under the genre of rock. A community that has lost sight a little of the need to pull together, and of the edge that always set it apart.

Hip-hop has taken precedence, and while one could lament its hogging of the spotlight, there’s a secret I’ll share with you: The best blooms start underground, away from the daylight, while they’re given a moment to grow. The magic you can weave while no one’s watching is really quite powerful. The good ones take this as a launching pad. The smart ones make it a mantra.

So, the “call to arms” as we’re affectionately dubbing it at Fearless HQ, sitting on page two of the current issue of AP, that with the help of some of our Family has taken a new form in video, has become something of a mission statement for us. With almost the entire history of recorded music now at our fingertips through streaming, we’re in the middle of a sea change, and while some may flounder at what this means for the industry, I believe it’s one of the most exciting times for music, ever.

Only the pioneers headed into the Wild West, and that’s what’s needed now. It’s that renegade scrappy spirit that fuels everything we do at Fearless. This isn’t just music to us, as it isn’t to you—it’s a calling. While we might not be doctors or scientists or people with actual valuable professions, we are still saving and changing lives, in our own way. Never underestimate the effect music has on people. It’s a responsibility I never take lightly.

Someone asked me recently what my favorite part of my job is. With that same shit-eating grin on my face as 6-year-old me, I told them: “turning the whole thing on its head.” I think it took them aback. We are unafraid to embrace evolution and carve out a new path for this community of music fans. For you. For us. I can’t freakin’ wait to see what we do next.