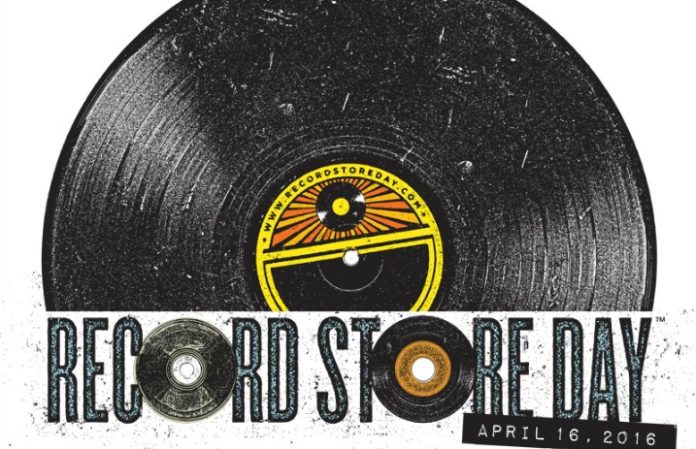 Ah, Record Store Day—the thought of it can’t help but bring a smile to the face of any analog music fanatic. It smells like crisp cardboard and shrink-wrapped plastic, it sounds like the warm static pop as the needle finds the groove and it feels like spending hard-earned money on a limited release you woke up early to wait in line for. It’s the one time a year where we come together to celebrate the joyous ritual of purchasing physical copies of music and it is—with vinyl making a resurgence in the past few years—an ever growing phenomenon, each year offering more deals than the last.

Here are a few things about Record Store Day 2016—taking place Saturday, April 16—that you should know before setting up your campsite in line!

Some indie record shops are refusing to participate because the cost does not benefit them and they get stuck with lots of leftover stock, often of which is ridiculous special orders.

Vinylfactory.com recently reported that one of Europe’s most prominent record retailers, Berlin’s OYE Records, would not be taking part in the Record Store Day festivities this year. The shop gave five reasons as to why they would not be participating:

1. There are too many releases on that single day, which represent more work and higher costs than make it worthwhile.

2. The smaller labels with which they work closely the rest of the year are finding it harder and harder to press records in time, largely due to RSD backlog.

3. The releases aren’t really in line with what they sell particularly since the majors jumped on RSD to release, what are to their mind, unnecessary reissues.

4. They’ve tried for years, without success, to speak with the organisers of RSD to go through the catalogue together to pick out only the most interesting releases.

5. Every day is record store day.

Other retailers across the globe took note and have pledged to boycott the so-called holiday, opting for other customer appreciation sales the weeks before. Notably, Vertigo Records in Ottawa, the Canadian capital, made headlines when their decision not to participate was met with a cold shoulder from RSD.

We lost a handful of famous rockers in the last few months, and the record industry has responded with tributes that include special bundles and re-releases (as well as jacked-up prices).

Bowie, Lemmy, Glenn Frey, Phife Dawg—even if just one of these legends had passed away, collectors would be foaming at the mouths to get their hands on the postpartum discography. Knoxville’s Wild Honey Records already busted out their Bowie collection, and it’s filled out with many rarities, originals and reissues.

You can also fight to get your hands on either of the two limited edition Bowie picture disc releases; a special 40th anniversary of TVC 15 and the original German sleeve cover of Mercury Records’s The Man Who Sold The World will both be big-ticket items.

This year, Record Store Day has announced that The Smart Studios Story, directed by Wendy Schneider, will be the Official Film of 2016. The documentary outlines the history of Smart Studios, a Midwestern recording studio responsible for producing some of the most iconic alternative music of a generation. The studio, founded by Butch Vig and Steve Marker, has put out albums by Nirvana, Smashing Pumpkins, Death Cab For Cutie and countless others. The Smart Studios Story premieres at SXSW in March and has a screening at the Chicago International Film Festival in April. Vig and Marker are scheduled to celebrate RSD at both Chicago’s Reckless Records and MadCity Music Exchange in Madison, Wisconsin.

There will also be a promotional cassette featuring more than a dozen bands recorded at Smart Studios, made by Record Store Day in collaboration with Dogfish Head Brewery, will be available at participating record stores across the country on Record Store Day 2016.

Vinyl Tuesdays: Will they be the silent killers?

Started in February, Record Store Day launched Vinyl Tuesdays to promote weekly releases and sales at local record shops. The concept is for indie shops to promote releases during the week so that they don’t get lost in the hustle and bustle of the weekend. But will this constant record promotion detract from the one-day sales event that is Record Store Day? Will your constitution hold strong in the face of constant new music so that your wallet can afford to come out and play on RSD 2016?

Four Ambassadors for Record Store Day 2016 and the French Connection

This year heavy metal gods Metallica have lent their endorsement to Record Store Day. Strong proponents of analog music, Metallica will be celebrating RSD with a live CD release of Liberté, Egalité, Fraternité, Metallica! – Live at Le Bataclan. Paris, France – June 11th, 2003, the very same concert venue that drew the world’s sympathies last November after the terrorist attacks there. Record Store Day says that proceeds and donations will be going to Fondation de France’s Give For France charity as a part of a bigger theme, highlighting the relationship between American and French record stores, and the connection of Record Store Day and the French Disquaire Day.

Metallica drummer, Lars Ulrich released an Ambassador Statement on behalf of the band:

“As music becomes available either through only the internet or in gigantic airport-size retail stores, it is more important than ever – actually vital – that all us fanatics continue to bring to light the importance of records, and to support to the maximum of our abilities the independent record store outlet. The good news is, of course, that vinyl is making a measurable comeback. But that is not enough for us to rest on our laurels. We must all bond continuously together and scream from every rooftop with our loudest voices, enlighten our kids, fly the flag, and beat the drum (!) to the best of our ability.

For people like you and me who live and breathe music twenty-four hours a day.”

As Records Store Day 2016 quickly approaches get ready to celebrate the time-tested ritual of spinning wax! But be sure to do your research and educate yourself so you don’t get gouged at the till.

You can check out a full list of the RSD releases here.