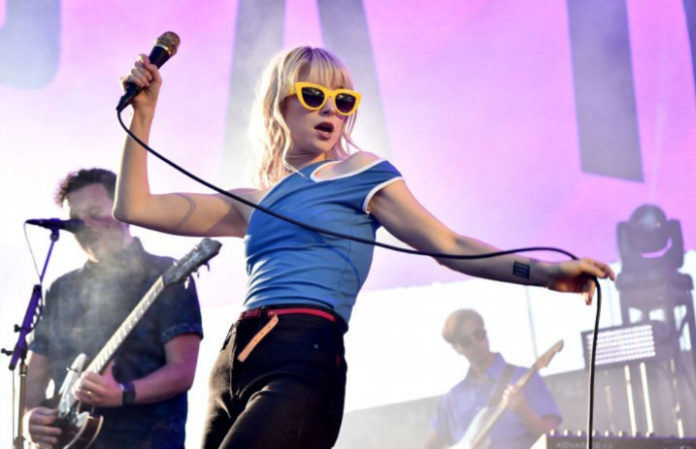 With a new era of Paramore comes a new era of Hayley Williams and her one-of-a-kind looks. On and off the stage, Hayley has always been a master of mixing and matching patterns, going girly and grunge and generally ruling the world of rock fashion—and the After Laughter era has proved to be no different.

So, want to dress like the badass front woman? You should…

paramore is (at least)…

It doesn’t matter if it’s millennial, hot, fuschia or magenta, pink is a power color and Hayley’s no stranger to it. It’s sticking around, too, so invest in a pair of pink sneaks or a denim jacket to get her look.

Nothing says “I front an incredibly successful rock band” like a pair of checked pants. They also say: “I’m going to own this presentation,” “I’m getting lucky tonight,” and “Wow, who knew I could pull off checked pants?” Not feelin’ the print? Hayley’s also rocked stripe, plaid and geo patterns.

That ’90s slip dress and denim trend came back into style for a reason: because dressy silk and and casual denim balance each other out. The same rules apply with Hayley’s look: her sweet satin skirt + cotton shirt = a match made in heaven.

You’ve probably noticed that the “Hard Times” video and other After Laughter things have been speckled with primary colors, just like the famous painter’s palette. Go color blocking in red, yellow and blue with pops of white and black to get Hayley’s modern look.

5. Put on some platforms

Honestly, no shoe holds more power than a platform. Grab a pair of stacked sandals for summer, then switch ’em out for boots a la Hayley in the fall. Black optional (but obviously preferred).