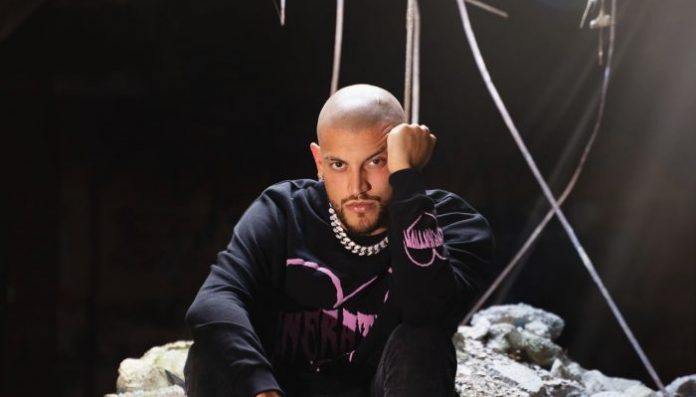 Jared Anthony has released his new single “Over My Head.” Now, Alternative Press is bringing you the premiere.

Read more: Bishop Briggs and Sueco are using their platforms to empower people

Anthony’s single is a low-key alt track, set over a minimal beat and subtle instrumentals. An anthemic chorus follows the verses, rounding out the confessional and emotionally charged song.

The track also perfectly encapsulates the history of alternative music, merging the feel and songwriting of ‘90s classics while also keeping in touch with the depth and honesty of current hip-hop-tinged alt.

“This blending of genres and hybrid sound only seems to be increasing in popularity with music fans. Jared Anthony is at the forefront of this current hybrid nature in popular music,” Gomez says.

“Hybrid nature” is a nice way to put it. Anthony’s music fluidly connects influences from pop, rock, hip-hop and more. The Ontario, Canada-based musician has demonstrated his ability to move across genres, something that’s seen across his catalog. His hip-hop credentials are certifiable, with Anthony’s “Mayday” earning a slot in the 2021 soundtrack for basketball franchise NBA 2K.

Still, Anthony shows that his versatility dates back to his roots. In an interview with TapSongz, Anthony spoke about his young interest in punk.

“From a young age, I have always been into music but specifically remember skateboarding to blink-182,” he says.

“Over My Head” marks Anthony’s first release with Steve Stoute’s UnitedMasters. Known for partnerships with major brands, including the NBA, TikTok and Twitch, the platform has also supported artists such as NLE Choppa, Lil Tecca and Tobe Nwigwe.

“UnitedMasters has an amazing team of like-minded creatives who sincerely want to see their artists succeed in the music industry and grow into global acts,” Gomez says. “Jared’s music is lit, and he’s setting the bar in a unique niche. His songs have clearly connected with fans, the production is super clean and his melodies carry emotion that breaks the rap mold.”

Anthony also expressed enthusiasm about his next steps.

​​“I’m pumped about this partnership and new musical vibe that showcases a more alternative edgy sound than my previous releases,” Anthony explains.

“This track serves as the first taste of what’s to come, and now that the pandemic is almost behind us, I can’t wait to finally start playing live shows soon,” he continues.

You can watch the music video for “Over My Head” below.