Jersey Shore, whether you love it or hate it, is a cultural phenomenon. The show is the epitome of 2000s culture and defined some of the decade’s lingo, fashion, music and more.

At first glance, the show seems to be the exact opposite of the scene—EDM music, flashy outfits and tan people who would never dare date goths. However, if you jog your memory and really think about it, deep down the entire cast is scene kids. From their fashion to their behavior, they’re just like us.

Enjoy this blast from the past and realize why the cast of Jersey Shore is all scene kids, whether we’d like to claim them or not.

1. When Snooki was super emo after the first night

Snooki might be one of the most recognizable parts of Jersey Shore, but she almost left after day one. After a wild night in the hot tub, she was ready to call it quits because she felt like she didn’t fit in. She was being so emo and down on herself about it, but thankfully, her roommates helped her feel like she belonged.

2. Angelina brought her luggage in garbage bags like a punk

Angelina is arguably the most hated cast member, but she truly didn’t care at all. She showed up to the house Season 1 with garbage bags. It was super punk rock, and even when they made fun of her for it, she couldn’t care less what the mainstream thought of her.

3. When JWoww and Snooki wrote a note to Sam like we did in middle school

JWoww and Snooki wrote an iconic note to Sam about Ron cheating on her, which caused mayhem in the house. It’s so all of us in middle school when we wrote notes to our crushes, enemies and everyone in between because there was no way we would ever have real confrontation. Or we’d make a mixtape; that’s more our speed. 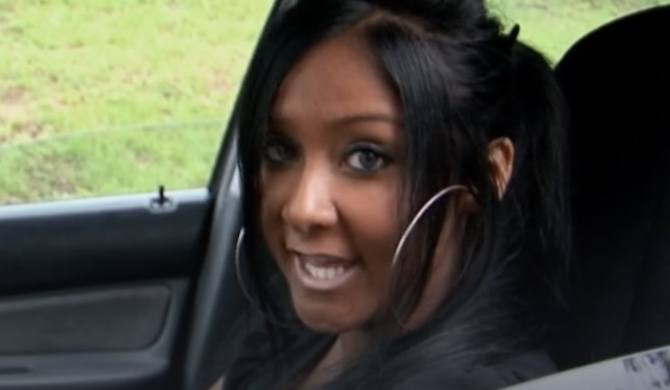 Snooki, Deena, Sammi and JWoww knew that when it came to eyeliner, more is more. They also weren’t afraid to rock some black eyeshadow. We respect this.

5. The way they slack off work because screw capitalism

Not to mention they act like the world is ending when they go to work, which we can relate to. Especially when it’s obvious Pauly D wanted so badly to be working on his music, which is very us.

alright but hawthorne heights playing on jersey shore is so sick pic.twitter.com/LlNWQlthCU

During most MTV shows, they play music during certain scenes as part of their soundtrack. While this isn’t the exact decision of the cast, it’s hilarious to watch the Jersey Shore crew get ready while Cobra Starship plays or when a Wavves song soundtracks Deena and Snooki’s drunken nap. And that was just the beginning as the series also included snippets of A Day To Remember, Set Your Goals, Atreyu, the Downtown Fiction, Sing It Loud, Hawthorne Heights, Motion City Soundtrack, Anarbor and so many more.