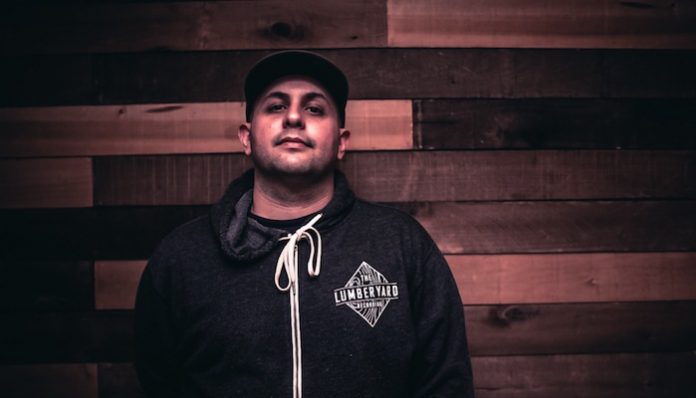 It’s been said that the best art comes from tragedy. Certainly, that notion holds true in the touching solo project from Nik Bruzzese of pop-punk darlings Man Overboard. Casa Loma’s upcoming first album, This Is Coping, gives fans a different taste of Bruzzese’s talent coupled with a deeply personal peek into his life.

You could say the album is years in the making. Bruzzese suffered multiple tragic losses during his time touring with Man Overboard. The emotions he felt during that period, coupled with the life-changing experience of becoming a father, provided fodder for incredibly candid and inspiring art. But as you’ll soon learn, Bruzzese wasn’t even sure he wanted the world to join him on the journey.

Read more: 15 scene bands from the 2000s that you probably forgot about

Perhaps no line is more touching than “When I am no longer here to be with you, I wrote these songs for you to hold on to” in “Olivia, Marley, And The Duckpond.” Those words are a message, not just for his daughters, but for every Man Overboard fan and music lover looking for light during dark times.

This Is Coping comes out under the Pure Noise Records umbrella June 5. Bruzzese was kind enough to speak to AltPress about all the life-altering moments that inspired the record and how close friends brought it alive.

How are you handling self-isolation?

I have two kids, two little girls. Between those two killing each other and spending time with them, it’s been awesome. I’m trying to make the best of the time. It just flies by, flashes right before your eyes. You work all the time, and then all of a sudden, your daughter starts talking and grows up so fast.

Did the coronavirus and all the lockdown orders affect the creation of This Is Coping?

No. This has been a year in the making. All of the songs got finished up [in] May of last year. I actually recorded This Is Coping alone, and it was a self-isolation process. So that was very different than anything I have done in the past. The subject of the songs is very heavy to me.

Since Man Overboard’s last album in 2015, a lot has changed in your life. I’m sure that hugely influenced the creation of This Is Coping.

I got two kids. I dealt with so many wild things as an adult. And I thought, “I can’t take care of children and be in this funk.” I needed to find a way to vent but be a dad myself. So I started writing these songs. I didn’t even think they would see the light of day. I needed to stay sane, and if I don’t express myself, I am going to crash and burn. I don’t know if I could have gotten through without this art after the loss of Tim [Landers] from Transit—he was in my wedding. Then I lost another friend. Then I lost my dad in 2014. We were on a tour with Man Overboard when it happened.

It just became a lot. Once, I said it to a friend when these songs matter most for my kids, it is going to be a time I’m not going to be there. Having kids, it’s like life writing. Your life starts when you have kids. So many people said that to me, and it’s so true. You look at everything so differently. It’s not about you anymore. You are grooming your kids to be successful. With the writing, I want to know what I can give the kids. After all this crazy shit happened, I want to give my kids something to hold on to.

You went through three tragic deaths in just a short amount of time and then became a father to two daughters. It’d be impossible for any human not to be bursting at the seams with emotions. What do you want fans to take away from This Is Coping?

Some of the songs are a self-reflecting thing. You might hear a song, and you think of your grandma. And I think that is healthy for people. That helps you get through things. And that’s the whole reason. I put these songs out for them and for my kids. I sent the songs to Jacob [Round, president of Pure Noise Records] about my dad. He lost his dad, as I did. And I said, “Jey Jacob, you might find some peace from this song.” And he said, “This is awesome. If you want me to put it out, I’ll put it out.” And I thought, “Should I put it out there?”

Olivia, Marley, and the Duckpond streaming everywhere!! @casalomaband – This Is Coping out June 5th on @purenoiserecs . . . #coping #purenoiserecords #copingskills #musicismedicine

So Jacob encouraged you to release it?

That’s exactly how it went down. I recorded a lot of it. I mixed it. At first I was like, “I don’t care if people like the songs. Does it sound good?” So finally, I was just like, “I’m putting it out there.” Jake runs Pure Noise Records. We have been friends with Jake since before 2007. We have been friends forever. Every time the Story So Far and Man Overboard tour, I talk to Jake. Once I finished, I got it to my buddy Nate Sanders, and he did the piano.

There’s so much soothing ambience on this album. The bridge in “Travelers” and “All Alone Again” come to mind. Was that vibe intentional, or did it come through naturally during the creative process?

[It] came along as it developed. Nate Sanders is on the record. He lays violin [and] piano. He is one of the best. While writing the record, in the back of my head, I didn’t want to share these songs yet. Then I hit up Nate, and I [was] like, “I just need you to kill it, bro.” I gave him the reins. He is just so talented and did an amazing job.

Is there a creative side of you that comes out with Casa Loma that you didn’t think you could express with Man Overboard?

100 %. I think sonically, there are little touches in that sound like something from Man Overboard’s career like “Cry Baby” or how I naturally write a song. But these songs seem super dark, with lots of sonic things like trumpets, violins and pianos. And these songs are meant to be on tour with bands that I was listening to, like Trail Of Dead or Death Cab. Man Overboard are its own thing.

Most of this album is a lot different than everything you’ve done in the past, but do you think any of the tracks could fit on a Man Overboard record?

“I Wanna Know” definitely could fit. [It] deals with Man Overboard in a way. It almost touches on what we went through with [Man Overboard’s new song] “Lifeline.” After the band break up and then think about coming back together, you constantly play the game of, “Should we do a record? How much time has gone by? Do we want to do it anymore?”

Yeah, I think it’s hard to understand why bands break up. But when you are in their shoes, it’s obviously a different experience.

I definitely like everyone in the band. But I dealt with a lot of loss on tour. You have to get people to clap hands. But I am going through so much right now. And I want to give the kids a good show. They are paying for it. And I want to live. I want to grow. It’s crazy as a kid I was thinking, “Saves The Day broke up. blink broke up. How could these guys do that?” But when it was my time, I thought, “This is it. This is why.”

I think fans are going to love this EP. “Olivia, Marley, And The Duckpond” stood out to me as a really beautiful and personal song. Can you tell me about it?

“Duckpond” is about the development I grew up in as a child. I bought it from my mom. I live there with my wife and daughters [Olivia and Marley]. I just wanted to go home when I was on tour. So I bought the house. Got married. Lost my father. Had the kids. After dealing with all this loss, I just didn’t want them to feel this pain. What can I do for my kids when I’m not here? I want them to have this song when I’m not here.

That’s insanely touching. I’m sure those lyrics really hit home for you.

OK, I’m getting emotional. I need a laugh. Tell me, where did the name Casa Loma come from?

Such a funny story. Justin [Collier], who plays in Man Overboard, I’m so thankful for him. [He’s[ pretty much my manager. Nobody knows how to say my last name, so I decided not to use that. So my aunt passed away, and my uncle was in the house and made me a couple mix CDs. One of the tracks was [by] Glen Gray And The Casa Loma Orchestra. And I thought, “That’s badass!”

What’s your hope with Casa Loma?

I’m a day-at-a-time kind of man. I want it to be successful in that I tracked it myself. I definitely have more music that is written in my head. I’m taking it one day at a time.