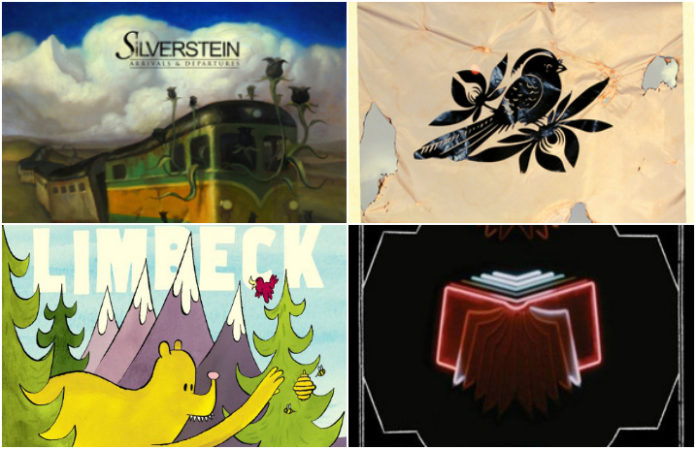 Is rock music dead in 2017? According to one recent study, hip-hop has finally overtaken rock as the most-listened-to genre in America, seemingly a result of music streaming’s dominance. On the flip side, rock apparently remains the big winner in album sales, signifying the nostalgic strength of the long-playing rock record. As we move further along the ever-shifting music-listening landscape, will rock albums retain their importance in music lovers’ minds?

This was a talking point even 10 years ago, as the first iPhone was released and streaming began its humble but steady ascent. In 2007, the rock album was still a preferred format, riding the waves of creative triumph and critical acclaim. With these points noted, here’s a look back at 10 rock albums that totally rocked us 10 years ago.

Before Arcade Fire won an Album of the Year Grammy for 2010’s The Suburbs or went indie-disco on 2013's Reflektor, the Canadian combo followed up their surprise-smash debut (Funeral, 2004) with Neon Bible. Released in March of 2007, the group's sophomore tome gazed long into an abyss on atmospheric tunes like “Black Mirror” and the tranquil title track, conjuring an insular, melancholy masterpiece. Having released their fifth album Everything Now this year, the band have yet to revisit the ghostly depths plunged on Bible, and they may not even want to.

After the “aughts,” Arctic Monkeys found new life in a revamped, dance-ified style with smoldering slow jams like “Do I Wanna Know?” and “Why'd You Only Call Me When You're High?” But 10 years ago, the English indie-rock band were just trying to prove their mettle after the snot-nosed, sleeper-hit debut of Whatever People Say I Am, That's What I'm Not. The Monkeys succeeded with Favourite Worst Nightmare and its hand-over-fist first single, “Brianstorm.” Not to mention, the album cut “Old Yellow Bricks” is probably the best-ever rock song to evoke The Wizard Of Oz's homesick slogan: “Dorothy was right, though.”

Bayside returned in 2007 with The Walking Wounded, their third studio album and first full-length without John “Beatz” Holohan, their former drummer who was killed in a tour bus crash in October of 2005. Following a 2006 acoustic EP in Holohan's memory, the rockin' New York quartet delivered a lean, poppy set with Wounded, proving themselves to be an older and wiser Bayside on sober singles like “Duality” and “Carry On.” “Nothing feels right,” singer Anthony Raneri makes clear on album closer “(Pop)Ular SciencE,” “But my fake smiles paint pictures like everything's fine.”

A decade on, it seems like Black Rebel Motorcycle Club maybe peaked with Baby 81, the gritty fourth album from the leather-clad, rough-and-tumble San Franciscans. The band's last release with drummer Nick Jago (before being replaced by the Raveonettes' Leah Shapiro), it achieved some chart success in the U.K. with singles “Berlin” and “Weapon Of Choice.” Where Baby really shines, though, is in live staples like “666 Conducer” and BRMC's revelatory reproach of consumption and ego, “American X.” What happened to the revolution?

Limbeck wrapped it up in 2007 with this self-titled swan song, the Orange County band stretching its adopted alt-country appendages with a final offering of airy rock ‘n’ roll. The one-time pop-punkers had come a long way from their 2000 split-EP with Home Grown and an appearance in an Apple iMac commercial (as “the Garage Monkeys”) that same year. Since 2012, the group have occasionally reformed for a few West Coast shows.