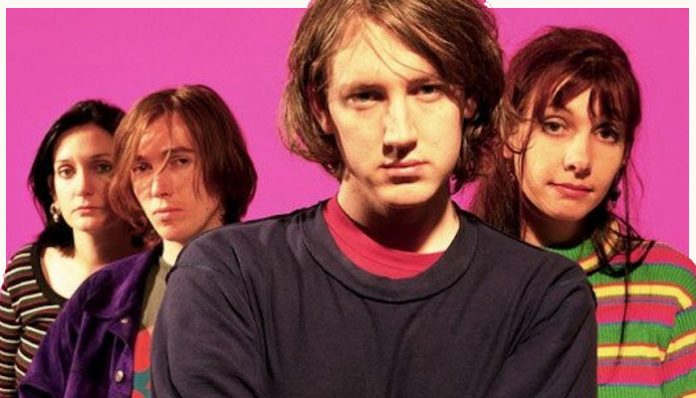 We tip our hats to the British rock-critic cabal of yesteryear. Or maybe just to the person who coined the term “shoegaze.” In a pejorative sense, the term derives from musicians too introverted or weary to participate in the more animated aspects of “rocking out.” In the utilitarian mode of the word, it reflects the amount of maintenance guitarists undertake keeping an eye out and manipulating their pedals for certain sonic effects. While the term obviously began as a snarky dis, enough great music was made to make the sobriquet stick. This list reflects bands who wrote songs with majestic swells of volume and copious textural effects.

This list is both a primer and a road map to the future. In the 21st century, corners of the metal and hardcore underground have embraced shoegaze’s wall-of-sound ethos. Which makes perfect sense: The idea of having a tidal wave of sound wash over you in the middle of a gargantuan riff fest is quite startling. As long as guitarists are using effects pedals to enhance their madness, decibels will always trump eye contact.

The most interesting aspect of shoegaze (approximately 30 years after the genre’s landmark records were made) is its continued resonance. While there are indie bands keeping the vibe alive (being tagged as “nü gaze”), the legacy seems better celebrated by  the metal underground. But more adventurous souls have embraced extreme noise and high-decibel ambient washes to the mix. And naturally, somebody defined it as “metalgaze.” As long as they keep making music that we can look up to, these women and men can look at their footwear as much as they need to.

The undisputed kings and queens of shoegaze. From guitarist Kevin Shields’ whammy-bar and strumming technique to Bilinda Butcher’s sweet, sweet vocals, My Bloody Valentine are the flashpoint that started it all. 1988’s Isn’t Anything was the record that forecasted their mix of tangled pop and guitar noise (listen to “Feed Me With Your Kiss” now). But it was the follow-up, 1991’s Loveless, that was an absolute milestone in underground rock. The album married the fey aspects of indie-pop to the complete maelstrom of alien guitar noise. During “You Made Me Realize,” they would play one chord anywhere from 10 minutes to half an hour. Their frustratingly long absences without new music are enervating. But their last three albums are so life-affirming, we really have no reason to complain.

Oxford, U.K. quartet Ride are usually spoken in the same breath as My Bloody Valentine, but they couched their guitar roar in some solid rock songs. Their essential document is 1990’s Nowhere, where effects-laden majesty was the order of the day. After that wondrous release, the braintrust of guitarist/frontman Mark Gardener and guitarist Andy Bell began dialing back the noise girth. And by their final album, 1996’s Tarantula, there weren’t many vestiges of shoegaze remaining. They split not long afterward. But unlike most reboots, the change did them a fuck-ton of good. Ride came back in 2015 and released an amazing return LP, 2017’s Weather Diaries, and carried on their creative rebirth with this year’s This Is Not A Safe Place.

My Bloody Valentine’s labelmates on the Creation label delivered enduring releases that both defined their character and moved the genre forward. Swervedriver’s 1991 debut, Raise, is another shoegaze staple with tracks that flex their amazing textured guitars (“Rave Down,” “Sci-Flyer”). The follow-up release, Mezcal Head, truly established the band’s volition to writing great songs and creating the six-stringed atmospheres that conjoined beautifully. Sure, “Rave Down” might be Swervedriver’s signature song. But “Never Lose That Feeling/Never Learn” feels like a 3 a.m. drive outside of city limits that ends up with you breaking down in the desert in the cold black night. Imagine the movies your head could direct when listening to the Swervies on headphones…

It’s also worth mentioning that the shoegaze scene had a lot more women in it than many alt-rock subgenres. Consider Rachel Goswell from the Reading-based quintet Slowdive. Goswell’s celestial qualities were a not-so-secret weapon that made Slowdive an adored unit. Slowdive awed the planet over the course of six years and three albums before adjourning in 1995. Defying the odds completely, Slowdive regrouped in 2014 and issued a self-titled, coruscating return album in 2017 that held up to the stentorian achievements they had accomplished decades earlier.

Meanwhile back in Los Angeles, Medicine founder Brad Laner was experimenting with guitars, pedals and production techniques to free the sounds he heard in his head. Considered by many to be America’s first “homegrown” shoegaze ensemble, Medicine did more than just ape the British contingents’ moves. Laner and co. brought more dynamic madness to the forefront. They coupled the soothing vocals of Beth Thompson with a brutality that equaled the noise squalls of bands such as Swans and Sonic Youth. If you missed their 1992 debut, Shot Forth Self Living, there’s still time.

Vocalist/keyboardist Yuki Chikudate and vocalist/guitarist James Hanna were the creative force behind the New York-based Asobi Seksu. While gaining a great amount of acclaim in indie-pop circles, their shoegaze textures augmented their pop proclivities in the most irresistible ways. Their second album, 2006’s Citrus, is an amazing achievement of sing-songy perfection, chiming and jangling guitars and moments best described as the opening of a hellmouth. Chikudate and Hanna’s perfect-pop-forever aesthetic took many exciting twists and turns before calling it a day in 2013. (They did reunite in 2014 to open for Slowdive in Boston.)

Led by frontman/guitarist Domenic Palermo, Philadelphia quartet Nothing deliver a form of brutality that’s both relentless and finessed. On Guilty Of Everything, the band distill the essence of Kevin Shields’ guitar distinctions and the late Kurt Cobain’s humility on top of some extremely memorable riffage. What makes Nothing so compelling is an aesthetic intuition that is far more developed, organic and sincere than contrived.

Deafheaven’s quixotic/chaotic alloy of black-metal signifiers and shoegaze aesthetics have been embraced by a wide swath of listeners. Their 2013 release, Sunbather, is a document of aesthetic extremity recognized by its pensive, melodic respites as well as its moments of apocalyptic inevitability. The essence of shoegaze is all over the record’s seven tracks. But it’s Deafheaven’s dialect of that language that has significantly aided the genre’s reinvention.

Hundredth came out of Myrtle Beach, South Carolina, and did everything a melodic hardcore band were supposed to do. Make some indie records, get in the van, play Warped Tour and sign with a label aligned with the scene. That wasn’t the artistic life Chadwick Johnson and his bandmates had in mind, however. With the release of 2017’s RARE, Hundredth made the break with their hardcore past. Reinventing themselves as a melodic outfit with a shoegaze-adjacent sound was truly bold. Hundredth’s melodic urgency and soaring guitars further reinvented the genre to a fascinated new audience.

Just like it says on the package, Tokyo Shoegazer are well versed in the discographies of most of the bands on this list. Originally forming in 2010, breaking up in 2013 and reconvening in 2019, this Asian team create a vortex that’s equally nuanced and full throttled. What’s interesting about the tracks on Crystallize is that the experience isn’t a continuous wall of sound. As you visit each individual song, you can easily get lost in them. Call it the sum of their parts or their ability to craftily mix the menace with the joy. What’s key to Tokyo Shoegazer’s music is the volume control. The lower the volume, the more lovely it gets. Push the dials to the right and it delivers more desolation.