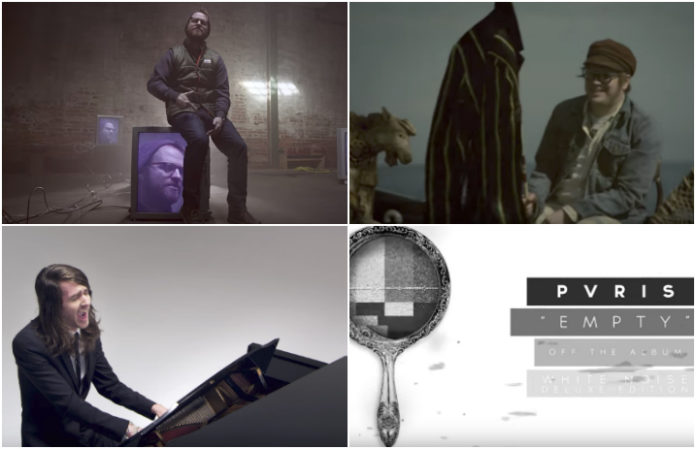 Look, let’s face it: We all need a good cry every once in awhile. You can always depend on music to bring you out of your funk, but sometimes you need to just succumb to the emo. Here are 14 songs that are destined to make you grab the tissues.

We could have easily put the entirety of After Laughter on this list, but we thought that’d be too easy. This cut from Paramore’s latest starts with a sad AF piano intro, and it doesn’t get any better from there.

Everyone loves a good breakup song, but this number by the 1975 takes it to an even more ethereal level. Matty Healy has a lot to croon about, and this makes us weak in the knees.

We’re happy that Grayscale released their breakout debut Adornment this year, but we just wish it wouldn’t make us so emo. Amid the sadness, “Beautiful Things” is a reminder to stay positive and keep fighting.

Sometimes hopelessness is the most depressing thing of all, and Lynn Gunn and co. certainly show us that with this track from White Noise.

Featuring some of the most poignant lyrics of their career, this tune from Mayday Parade is perfect for a solo cry when nothing seems to be going your way.

The Story So Far – “Clairvoyant”

The initial release of this song was a head-spinner for most fans of the Story So Far, yet it’s gone on to become one of their most popular tracks. “Don’t paint me black when I used to be golden” are lyrics demanding to be made into  a tattoo—at least in our opinion.

This song’s minute-and-a-half-long instrumental intro should be more than enough to get the tears rolling—and that’s all before the sentimental lyrics hit you in the gut.