The show pairs rock ’n’ roll favorites with up-and-comers who may not receive the recognition they deserve.

To put it kindly, the music industry is a beast. However, in a cutthroat business that tends to swallow aspiring artists, Johnny Zirkel is combating the BS with Sounds Of The Underground.

While some may scoff at tuning in to see small acts yet to ascend, putting them next to wily veterans just might be the ticket, especially when names such as Frank Iero, August Burns Red, the Red Jumpsuit Apparatus and more are taking the up-and-comers under their well-established wings.

The concept is simple: Pair rock ’n’ roll fan favorites alongside acts who may not get the recognition they deserve. With an intent to slice through industry politics, the show looks to provide a platform for bands to succeed on talent alone.

The mind behind the ambitious endeavor knows the struggle firsthand. Between working with his own musical ventures and businesses, Zirkel is more than familiar with both the bright lights and rough underbelly of the music world. 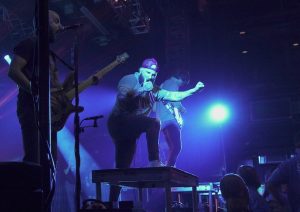 August Burns Red [Photo via Sounds Of The Underground]

Without the gears behind the machine, Zirkel set his guidelines as simple as possible.

The show has one clear goal: to break the wheel and burn it after. Zirkel is setting out to provide artists with the big break they need to bust through the roof.

“So many artists have been looked over by labels, agents, managers, etc. because of reasons that shouldn’t matter,” he explains. “I finally decided it was time to put an end to all of that. So I created a new platform and brought aspiring artists truly deserving of the exposure along for the ride.”

Through his work on both sides of the industry, he knows as well as anyone the trials of becoming a star. Like any profession, though, the best way to learn is to take lumps of your own.

“You can take classes and ask questions, but there is no better way to learn than actually being in it,” Zirkel says. “Yes, you’re going to make mistakes, but, to sound super generic, you learn from them.” 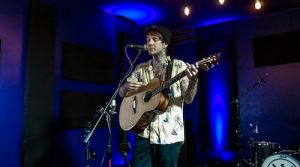 Craig Owens [Photo via Sounds Of The Underground]

Highlighted by the final set of the Vans Warped Tour this weekend, Zirkel acknowledged the state of the scene behind the program. If bands and fans alike are losing out on the festival experience, something needs to fill the role. He hopes Sounds Of The Underground does exactly that.

With a lineup also including the likes of Emarosa and Craig Owens, it just might succeed. While selecting the acts could’ve easily fallen into a popularity contest, Zirkel simply chose the bands he loved.

“Sounds Of The Underground wasn’t started to be another top 40 show only airing artists who have giant machines behind them,” he explains. “It was started to have fun and expose great talent. Every artist, including the up-and-comers, were found and hand-selected by me personally.”

Clichés aside, it all comes down to giving artists a shot when nobody else will.

“I want to break down barriers that have held so much talent back,” he says. “I want every person to know, artist or not, that they don’t have to be some cardboard cutout of what Hollywood says is ‘beautiful’ or ‘accepted’ to be successful. And last but definitely not least, I want to make sure this scene never dies.” 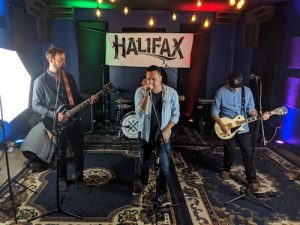 Halifax [Sounds Of The Underground]

Sounds Of The Underground airs on select CBS stations this September. All episodes will be uploaded to YouTube the following Saturday at 10 a.m.

In lieu of fan participation that comes with live festivals, the show will provide a chance for viewers to own memorabilia from the show. Signed merch and much more will be available to purchase here.