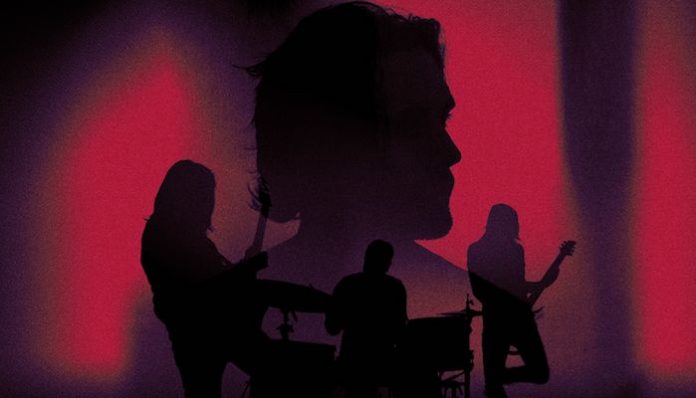 Nick Wheeler, guitarist for the All-American Rejects, is contemplating a life after Warped Tour a few days before his band take to the Shoreline Amphitheatre this weekend to give the traveling festival tour a proper send-off. Wheeler, like his bandmates—vocalist/bassist Tyson Ritter, guitarist Mike Kennerty and drummer Chris Gaylord—are stoked to plug in, even though he’s trying to process the whole thing internally.

“I remember our first Warped Tour back in ’03,” he begins. “‘Swing, Swing’ was coming out, and we were on one of the smaller stages. Getting to watch that crowd grow every day was magical. I remember getting to play with bands I saw when I was going to Warped when I was younger. Then 2010 was the first year there were bands on the tour listening to us. We felt like the old dudes then. I don’t know how we’re going to feel, nine years later.”

Read more: Killswitch Engage share “I Am Broken Too” for mental health awareness

What the Rejects don’t sound like are also-rans, dudes more remanded to history blogs or as answers to questions on Jeopardy! The band have teamed up with Epitaph Records to release a digital three-song EP, Send Her To Heaven, their first new music in two years. It’s arguably the best music of their career, delivered with the kind of piano-driven panache that crosses punk-rock attitude with the most grizzled of ’70s rockers trying to psychically exhume John Lennon. The title track is about a crazed party girl whose madness is both contagious and fatalistic, a cousin of the girl Against Me! chronicled on “Thrash Unreal.” (Check out the video below.) On “Gen Why? (DGAF),” Ritter articulates millennial hedonism in ways that will make the most annoyed Gen X types bristle. The closing track “Demons” may be their most confessional song ever, with Ritter intoning “It’s where my head’s at/There’s no turning back,” as the band back him up with a poignancy that’s positively heartbreaking.

Wheeler talked with AP about how much both his band and the industry have changed and how the band continue, both artistically and leisurely. “We have no label,” he shares. “We don’t have a manager. We’re as DIY as you can be for a band like us. We’ll see where it takes us.”

I played some songs to a friend of mine who was shocked to discover it was the Rejects. He said, “I never liked these guys. But this is great. This is more FIDLAR than Fall Out Boy.”

NICK WHEELER: I’ve heard that for every album we’ve ever made! [Laughs.] That’s a really great compliment, though. I really love that band. Ironically, the guy who signed us to DreamWorks Records years ago signed FIDLAR to Interscope.

Prescience in effect. The EP is quite great, though. It feels like dudes at the end of the bar near closing time getting real, but feeling really introspective. Debauchery with a heart, if you will. How was the process of making this versus embarking on a full-length?

“Debauchery with heart.” I like that. Let’s go with that! Over the course of two years—2016 and 2017—we were recording songs sporadically, each one with a different producer in a different studio with a totally different vibe—which I guess is normal for 2019. In the past, we had all moved into a band house, be in the studio every day for months on end and just lived in our rabbit hole.

We recorded this differently. We’d record a song, [and] we’d go on tour. Then we recorded a couple [of] more songs, and we all went home. There was no purpose or plan to release these all together. We didn’t know what they were going to be used for or how they were going to be released. We released a couple of them together—“Sweat” and “Close Your Eyes”—a few years ago that came out of these same sessions. Our plan was to trickle these songs out as singles or as EPs, like bands are doing these days.

Read more: 50 iconic alternative album art from the 2000s from the All-American Rejects to Good Charlotte

Shortly after “Sweat” and “Close Your Eyes,” we parted with Interscope, and we were able to take the rest of the songs with us. We didn’t know if we should release them on our own [or] find a record deal somewhere else. I don’t know exactly how it came about: Mike got in touch with Epitaph to see if they would be interested in licensing the songs. They jumped at the chance, and we were so happy. We’ve been fans of that label for a long time. I guess the reason why we sat on the songs for so long is because there was no uploading them to iTunes ourself. There was really no outlet for them. It was around the holidays that the wheels were in motion. Here we are six months later, and there’s a plan and a video. And there’s excitement, since we get to put these out right around the Warped Tour fest on the West Coast.

Was your last album, 2012’s Kids In The Street, essentially a reset button for the band to get where they are today?

Interesting question. When [that album] came out, most of us were past the age of 30. I think that when you’re lucky enough to start doing this as a career at such a young age, you don’t necessarily think everything through or care about every facet of your career. For me, it was always just the music: Once the music was done, whatever came after it—the videos, the promo, whatever—I just didn’t care about it. I care about the music. I care about the show. That was my gig. I was in the studio with the band recording the songs, and I was on the road. I didn’t care about the clothes or the aesthetics.

And as we were all coming of age and finding ourselves personally and as a band, I think things were just all over the place. Kids was our first conscious effort to try and make a project cohesive in the way that it sounded and the way that it looked. That was us trying to find ourselves as a band outside of the music. We’ve always agreed on the music; we haven’t always agreed on the clothes. [Laughs.] It was a first attempt at us trying to come together as a total package. We put a lot of work into our music. And we’re putting a lot more work into everything else. We’re definitely not a band that’s trying too hard.

Send Her To Heaven builds on that wildness of Kids. Which raises the question: Does the scene from which the Rejects come up through allow you to grow as an artist? Or are you supposed to write “Dirty Little Secret” in perpetuity?

I think our band—while embracing the scene that we came from—totally appreciate that. That’s what was happening, and as a rock band, that’s where we got placed, and that was totally fine. We got to capitalize on that, do some great tours and that was great. But when it comes to making the music, we’ve never tried to chase anything, and maybe sometimes that’s a bad decision. If you’re doing something different than what you have done successfully in the past, maybe it’s a bad idea. But for us, we really never cared: We just did what we wanted to do that moment. Kids In The Street is what we wanted to do in that moment, and when we recorded these songs, it was exactly what we wanted to do right then.

If you compare these songs to “Dirty Little Secret,” it sounds like quite a different band. But if you listen to our catalog in progression, you can hear the natural evolution. As you get older, you feel more confident to take more risks and chances.

As the way generations consume music has changed rapidly, the response in making it is different, as well. There’s not a whole lot of emphasis on getting a collection of songs for a full-length album. Will AAR make another album? Does that format still mean anything to your band?

Oh, absolutely. I think it’s a totally different time now. I’ve been working in Nashville for about five years as a writer and producer. A lot of these new artists are signing these record deals, and they’re almost like development deals: There’s no plans to make an album. They’re just writing every day and releasing singles as they come. It’s such a different model, and I can’t wrap my head around it, but it’s what is naturally happening for us.

To us, the idea of making a full-length album is a lifestyle. The four times we’ve made an album, we’ve uprooted ourselves. We’ve camped out for months at a time and just lived and breathed the music and the album and the experience. That’s making albums to us. There’s not a plan to do that anytime soon, but we’re naturally coming into the space where we are creating when we feel like it. When the opportunity for us to make music on a greater scale happens, we’re going to take that opportunity and run with it. Hopefully [this EP] will take us naturally into our next chapter, whatever that is.

You’re saying the cultural climate toward music and the members’ schedules benefit from this arrangement.

That’s exactly what I’m saying. We started this when we were 20 years old. I’m 37 now. [Laughs.] Things do look a lot different for us. But we do come together for this band. None of us have any plans to stop doing that anytime soon. I don’t know what the future looks like, but it will be the four of us, and we will be doing our thing. A lot of bands get to the point where they become a machine. And you just have to keep feeding the machine. Whatever that means: You get other writers to come in. You get other members to replace people…like, “We started this. We have to keep it going.” We just never wanted to phone it in.

What’s the dynamic between you and Tyson like these days? Not taking anything away from Mike and Chris, but it was the two of you who started the band. How is it?

You hear stories about people who have been doing this for so long—Mick and Keith, Brooks and Dunn—and they just despise each other and can’t be in the same room. I’m not saying it’s been perfect every day for us, but we’ve managed to stay very close and very friendly throughout this. Granted, there have been growing pains throughout this, and all four of us have become adults and gotten lives outside of the band. For the longest while, the band were the only thing any of us had. We’ve all managed to stay on pretty good terms throughout this whole thing. We’re all mutually excited to put these songs out and play some shows this summer. And talk about what’s next.

Check out the All-American Rejects’ latest EP here and the video for  “Send Her To Heaven” below.