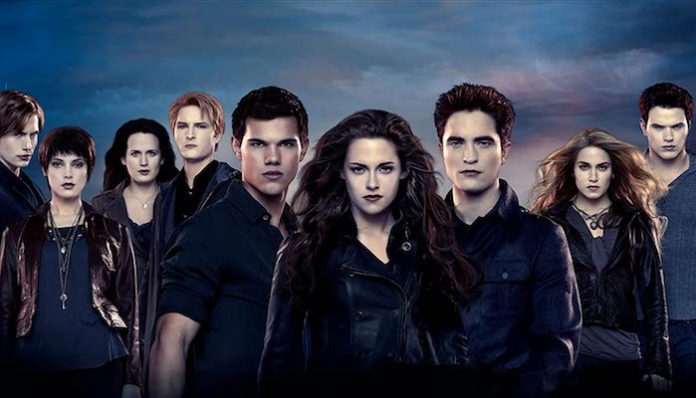 Thanks to the release of Midnight Sun, we’ve been thrown full force back into our obsession with all things Twilight.

Author Stephenie Meyer just released the new book, which tells the original story from the perspective of vampire Edward Cullen. That’s inspired us to return to the originals we know and love—plus the movies we can’t watch enough of.

Read more: QUIZ: Which ‘Hocus Pocus’ character are you?

We’ve decided to figure out which Twilight character most resembles each zodiac sign because of course we would. Find out if you’re most like a vampire, a werewolf or someone else entirely below.

Sometimes people are drawn to an Aquarius, and they can’t figure out why. This seems to be what happened with Edward toward Bella. Aside from that, an Aquarius is someone who’s open to new things, can keep their cool and stays strong in hard situations, which is Bella’s entire character arc.

Edward and Bella’s child is a Pisces because she’s impressionable and sees life differently than other people because she’s half-human and half-vampire. They’re imaginative and tend to go with the flow, something Renesmee quickly had to get used to in the series.

Aries is a fiery and assertive sign that does anything to get what they want. They’re competitive, much like Edward is for Bella against Jacob Black, the Volturi and essentially everyone else in his life. Also, an Aries is known to be fiercely loyal, which is probably why Edward was able to compose himself for so long without tasting Bella’s blood.

Taurus – Aro, leader of the Volturi

While you might be upset about this choice, it isn’t really an insult. Aro is a powerful vampire who can read a person‘s every thought after making physical contact with them. While he uses that power for good, Tauruses also have a keen ability to read people to understand them on a deeper level. Additionally, they can be a bit self-indulgent and resentful sometimes, which seems to be some of the emotions that triggered Aro’s actions in the series.

Geminis are stereotyped as two-faced, and of the Cullen clan, Jasper fits that description. He finds it the hardest to submit to the vegetarian lifestyle, aka not killing humans and sucking their blood, and even tries to go after Bella, who’s part of his clan. Additionally, Jasper has the power of being able to manipulate emotions, and Geminis are known for being the center of attention and saying what people want to hear to get what they want, so it’s pretty undeniable.

Esme, the mother of the Cullens, is a textbook Cancer. She’s passive, cautious and fiercely protective without being violent. Ultimately, she brings comfort to everyone she comes in contact with, which is the ultimate Cancer effect.

Read more: This ‘Twilight’ actor says he would reprise his role “in a heartbeat”

Out of all the comparisons on this list, this one is probably the most spot on. Emmett is tough on the outside but soft and warm-hearted on the inside, just like these lions. He means business and will protect those he loves while also being unafraid to reveal his soft side.

Charlie is a loner throughout much of the series, and Virgos tend to be known as introverts. Aside from that, Virgos are down to earth and reserved, much like Charlie. They can be seen as timid and shy but have a heart of gold and are loyal to those they care about.

Carlisle, like a true Libra, brings the balance to the Cullen clan. While their personalities tend to be quite charming, they’re tactful and know how to look at all perspectives in a situation to find the best outcome. Carlisle is the fearless leader of the clan who has only integrated each person when he felt it was the only option, unlike some other zodiac signs who might have acted more impulsively in those situations.

It’s hard not to be completely captivated with a Scorpio, which Rosalie understands as she’s garnered attention all of her life from her looks. Aside from being known as passionate and sexual, Scorpios aren’t afraid of seeking revenge. And if you know anything about Rosalie’s story, she hates being a vampire and definitely sought revenge on those who drove her to that point.

Sagittariuses are dreamers who can’t stay still and are always seeking adventure. Read a few sentences about Alice, and you’ll completely get that this is her personality to a T. She’s bubbly, outspoken and independent. And like many Sagittariuses, she has an inexplicable magic aura about her that makes people drawn to her.

Capricorns are workhorses and don’t stop until they get what they want. This is what Jacob is determined to do throughout the entire series by winning Bella over. Jacob knows the importance of an end goal, even if that means he has to get along with Edward for a while to get there. He takes things seriously, the demeanor of every Capricorn, and isn’t afraid to step up and be the boss.

Do you agree with which character is most similar to your zodiac sign? Sound off in the comments below!