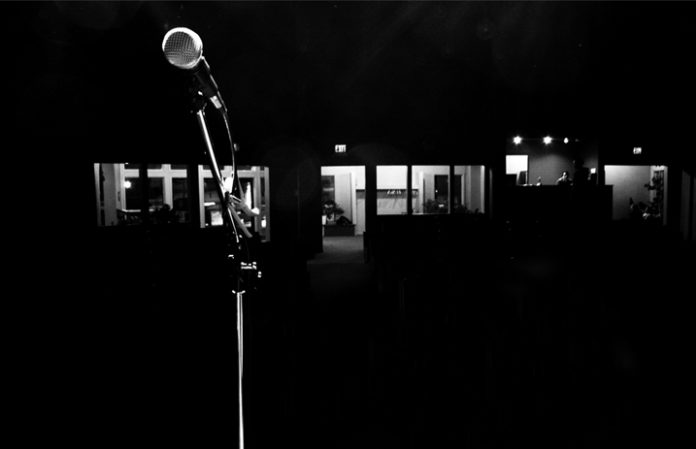 The biggest driving force for any musician’s career is built on the amount of fans you have. It’s a no-brainer: The more people who listen to your music and attend your shows, the more success and leverage you have (obviously, right?). This is true from the smallest aspect of the music industry (local shows) to the biggest (stadium tours). While most unsigned bands reach out to me frantically to “be added to a big tour”—effectively asking to skip the hardest part of a band’s career, i.e.,  developing a local following—I encourage you to follow the steps below and find out why no one is coming to your shows (yet).

Read more: Is your band REALLY ready to be on a record label?

Have you played a show?

This sounds like a dumb question, but more often than not, a band’s origins start as a “bedroom project”—something recorded in a bedroom or someone’s house. This isn't a bad thing—a ton of great albums start here—but to become successful, you have to get out and start playing shows. Most people think this is a hard feat, but realistically, it’s not. Most local show opportunities are as easy as reaching out to fellow local bands, small promoters or even local venues. “Hey, we wanted to know if you had any room for another local band on your local showcase,” the band ask through email. “Sure, show up at 4 p.m.,” says the local promoter. It’s as easy as that! While bigger shows are a bit tougher to get on, most opportunities will come to you through developing yourself as someone who has a following. In order for this to happen, you need to actually start playing shows.

Are you relying on someone else to promote your show?

The biggest pet peeve I have is a band blaming their lack of success on someone else. “The promoter didn't post on Facebook enough, so that’s why the show was bad,” said the local band. “Another show was happening across town so no one is here.” At the end of the day, no one is going to believe in your music more than you. So get out and hand fliers out at other shows. Print posters, meet people and introduce them to your music. Put in the footwork that other bands are too lazy to. Posting on Facebook is easy; hitting the pavement is much harder, but if you do, I guarantee you will see it pay off.

Are you socializing with fans?

As I sit in the background at the venue and watch the opening band finish their set, they hastily pack up their gear and then go into the greenroom to drink beer and party like rock stars. Sounds cool, right? Well, it’s not. Instead, consider going to your merch booth and meeting fans. Sign autographs, take photos, ask them to join your mailing list. The biggest misconception in the music industry is that this is about you. It’s not. You are selling an experience to fans, and without them you wouldn't be there. So make the experience memorable, have conversations with fans, respond to their Facebook remarks and YouTube comments. If you’re too cool to do that, then maybe you’ll be cool enough to be unsuccessful.

Is your stage show enough?

Music is by far the most important part of any live show, but a sick stage show definitely adds to it. Do you have some awesome stage scrims or a rad light show? If not, consider thinking of something outside the box to bring to your live stage setup. Obviously, be smart and consider factors like how long it will take to set up and if you’ll have enough electrical power. On top of rad lights, also double check your actual performance. Was it good? Have a friend film your set and sit and watch it with the rest of the band. What was bad? What looked good? What could be improved? All are great ways to take your live show to the next level.

More often than not, I see local bands become rivals. “Our band is better,” the local band tells me as they describe another local. Instead of being jealous of other bands, become friends with them! You would be surprised how many small bands end up on big tours strictly because the headliner likes them and have become friends. “We never get any big show offers,” a band tell me. Well, perhaps it’s because the gatekeepers of your scene just don’t know you. It’s always a good rule of thumb to find out who the promoters and reps of your scene are and develop a productive relationship with them. With their help, it’s a lot easier to break into the mainstream world.

Shan Dan Horan is the president of Artery Recordings. Join him the last Friday of every month as he takes real-time submissions from unsigned bands during Artery's Live A&R stream on Facebook.