From ‘Black Widow’ to ‘Blade,’ we can’t wait to see where the next two phases of the MCU take us.

Marvel gave us over a decade’s worth of incredible films during the first three phases, which came to be called the Infinity Saga.

Fans were left wondering how the next era could compete. When President Kevin Feige revealed the next two phases, the anxiety quickly switched over to anticipation. With the introduction of multiple series across Disney+ and the first official Phase 4 film, Black Widow, just around the corner, we can’t help but think of the movies we’re ecstatic to see enter the MCU.

Check out 11 Phase 4 and 5 releases we’re ready for below!

After being involved in the MCU for a decade, Black Widow is finally getting the solo film she deserves. Up until now, fans have only seen a small portion of Natasha Romanoff’s time in the “Red Room,” knowing that she has “red on [her] ledger” but not knowing exactly what that entails. We cannot wait to see this iconic character’s background and gain all-new insight into the mind of one of our favorite Avengers. This film is also rumored to set up Yelena Belova as the MCU’s next Black Widow, while introducing the mysterious copycat villain, Taskmaster.

Shang-Chi And The Legend Of The Ten Rings

Fans were elated upon the reveal that Shang-Chi And The Legend Of The Ten Rings would become a part of Marvel’s Phase 4. This also serves as the studio’s first film with an Asian lead. The cast announcement divulged the movie’s connection to the Mandarin and his Ten Rings organization, which have appeared throughout the MCU. You may recall the terrorist group making appearances in Iron Man, Iron Man 2 and Ant-Man (watching a deleted scene makes the connection more evident).

Between the killer song used in the trailer, incredible fight choreography and backstory, we can’t wait to see how Shang-Chi creates its own legendary spot in the MCU.

While the official trailer for this film left us eager for more, it also left fans with many plaguing questions. The movie will introduce the Eternals as immortals who come out of hiding to protect humanity from their evil counterparts—the Deviants. So why didn’t the Eternals interfere when Thanos wiped out half of the world? How will these immortals tie into the larger aspects of the MCU outside of the Avengers? Hopefully, we will learn all the answers in November. 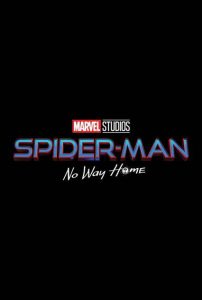 After being left on a cliffhanger during Spider-Man 2, we’ve been eagerly awaiting the next web-slinging installment. With the public now aware that their friendly neighborhood Spider-Man is none other than Peter Parker, Marvel will now venture into unexplored territory with this next film.

Our excitement only continues to grow as rumors have continued to circulate (with more evidence as recently as June 28) that former Spider-Man actors Andrew Garfield and Tobey Maguire will make appearances in the forthcoming film. We’re keeping our fingers crossed that this news will be confirmed upon the release of the first teaser trailer.

Doctor Strange In The Multiverse Of Madness 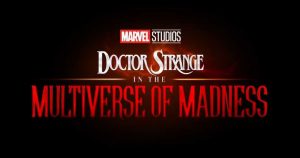 The debut of Marvel’s Disney+ series WandaVision set the bar high for forthcoming series while simultaneously leaving us ecstatic for the possibility of the multiverse in all its madness.

While many of us believed Doctor Strange would have a cameo in the series, we were left baffled and wanting more when we caught a glimpse of Wanda being able to astral project herself while reading the Darkhold. Rumors suggest the Scarlet Witch will take on the role of friend-turned-enemy in this film, causing Doctor Strange to unleash an unspeakable evil into the world. Others believe the film will follow closer to the comics, in which Baron Mordo is Strange’s greatest enemy. If only we had the Time Stone to gain a little more insight. 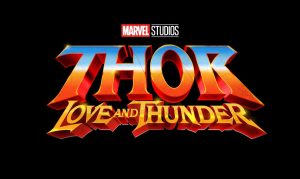 The Thor movies have always found themselves on the more comical side of the MCU. It’s one of the things we absolutely love about the films and can’t wait to see more of. While not a whole lot about the film has been revealed, director Taika Waititi has stated that they would adapt elements from the Mighty Thor comics, in which Jane Foster takes on the mantle of Thor while simultaneously battling cancer. If Marvel is going the comic route with this one, we could be in for one hell of a ride.

Following the passing of Black Panther star Chadwick Boseman, fans were left wondering how the films could possibly continue. While nothing has been confirmed, Marvel has stated that they intend to honor Boseman’s legacy by not recasting his role. Many believe T’Challa’s sister Shuri will step up as the next Black Panther to honor her fallen brother. Feige also revealed that the film would take a deeper look into Wakanda and many of the first film’s characters. 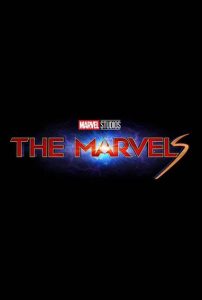 Originally known as Captain Marvel 2, The Marvels is set to feature the triple threat of Carol Danvers, Monica Rambeau (WandaVision) and Kamala Khan (Ms. Marvel). WandaVision did a wonderful job of setting up Rambeau to eventually become Photon/Spectrum, on par with the comics. The film is rumored to be a continuation of the Ms. Marvel series, so it will be interesting to see how that Disney+ series sets things up.

Ant-Man And The Wasp: Quantumania 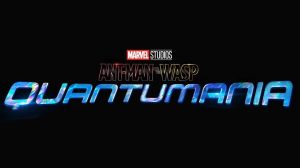 Like Thor, the Ant-Man movies have always done a phenomenal job at keeping things on the lighter side without losing any of the plot’s serious points. So far, fans have only dipped their toes into the vastness of the quantum realm. So, it will be interesting to see how this film further explores that space. Marvel has done a wonderful job at keeping the details for this one under wraps, but fans are excited to see Kang the Conqueror come into play.

Guardians Of The Galaxy Vol. 3

Pro-wrestler-turned-actor Dave Bautista has already said that he won’t be reprising his role as Drax following this film, leaving us to wonder what this movie may hold for the Guardians’ future. The second installment did a great job of setting up cosmic entity Adam Warlock, which is sure to bring more iconic characters into the MCU. With director James Gunn hinting that Vol. 3 will be the last film to feature the Guardians in their current form, we can’t help but wonder what will befall our intergalactic gang by the time the end credits roll. 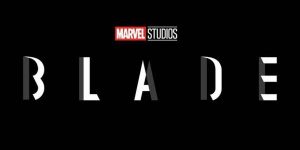 Vampires in the MCU? Hell yeah! Thor: Ragnarok originally teased the existence of vampires in the Marvel Cinematic Universe, setting up the Blade reboot long before any of us knew it was coming.

The Easter eggs have continued to pop up—some as recently as episode four of Loki—continuing to plant the vampire seed throughout the MCU. The official release date has yet to be confirmed, but many believe we won’t see it until Phase 5. The original film as well as the comics are dark and bloody, which leaves us to question if Marvel will create the only other R-rated MCU film outside of the acquired Deadpool films.