Warped Tour offered fans a place to let loose and be themselves, making way for a plethora of fashion choices that we’d probably rather forget. From shutter shades to studded belts, chances are you were guilty of at least a few of these fashion trends.

Clothing brand Glamour Kills dominated the scene in the mid-2000s in part due to its sponsorship of acts such as All Time Low, We The Kings and Boys Like Girls. It was certainly not hard to miss the flying pig logo and neon-fused graphic tees that sold like hot cakes until the brand shuttered its doors in 2017.

2. To Write Love On Her Arms logo tees

To Write Love On Her Arms has promoted mental health awareness for more than a decade in the scene and beyond. As a result, many supporters both onstage and off sported the nonprofit’s famous logo tee.

If you were looking to keep your skinny jeans from sliding around in the pit, then a studded belt was truly the only option.


The Keep A Breast Foundation was one of many organizations on Warped Tour, but the breast cancer awareness group drew special attention due to their famous breast molds. Musicians would have a mold made of their chest for someone to paint and in turn auction off in support of the cause. The charity also raised awareness through their “I Love Boobies!” campaign emblazoned across tees and rubber bracelets, the latter of which sparked a U.S. Supreme Court case.

These dead pets were endorsed by everyone from All Time Low to Juliet Simms, which made their presence heavy at places like Warped Tour.

Mayday Parade frontman Derek Sanders is known for his cuff of friendship bracelets gifted to him by fans—a trend he began embracing a decade ago. While Sanders may be the most well-known bracelet sporter, he definitely wasn’t the only one rocking the look. 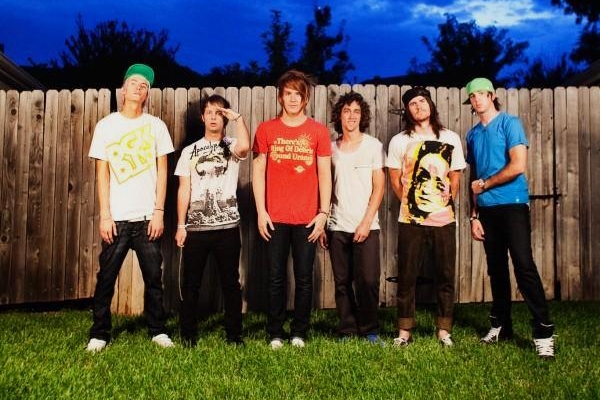 Especially if they were neon (see above).

warped tour aka how to turn your white converse's grey pic.twitter.com/5MT1WX8yjw

This classic shoe has been going strong for decades, and the punk-rock summer camp grounds were no exception.

🚨 WARNING SUPER SAPPY WARPED TOUR APPRECIATION POST COMING IN HOT🚨 Warped Tour is unlike anything else I’ve ever experienced in my life. Every summer for 6 years, I traveled the country with 500 of my closest friends, worked my ass off, partied my ass off, and built a brand and future that was completely mine. I lived on a tour bus with 10 sweaty boys for 2 months, shotgunned beers with my musical heroes, and got crowd surfed into my bunk when it was time for bed. I got to know people on the most intimate level because we were all experiencing this weird bizarro fantasy punk rock summer camp fueled by parking lots and barbecues and an all encompassing love for music. I was pushed to my limits physically, mentally, and emotionally. I was constantly proving my worth out there, but I still probably kissed too many boys in bands anyway. I cried tears of defeat and tears of happiness. I fell in and out and back into love. I’ve met some of the most important people in my life there. And I’ve found myself along the way. Nostalgic doesn’t even begin to describe it. Warped Tour has completely molded me into the woman I am today, both personally and professionally. Thank you to everyone who has come visit me on this crazy tour over the years. You guys have fueled the fire of my brand and the fire within my heart. I will never forget where I came from. I will forever be an emo kid. LONG LIVE PUNK ROCK SUMMER CAMP. 🤘🏻💕🎵☀️💋

Although Jac Vanek has since expanded her brand beyond rubber bracelets and into stores such as Zumiez, her witty phrases were once a Warped fashion staple.

It's been ten years so it's not officially cool to wear these glasses again yet which is okay because dorky is the new cool. Or not. Or never will be 🤷‍♀️ #shuttershades #uncool #kanyeshrug #2000andlate #2000sfashion

These shades did nothing in actually protecting our eyes from the sun, but man, did we think we looked cool.

A scene staple for years, straightening your hair to a crisp seemed totally worth it until you got in the pit and realized it was definitely not going to stay that way for long.

This look was so cool until it was time for you to try to grow it back out.