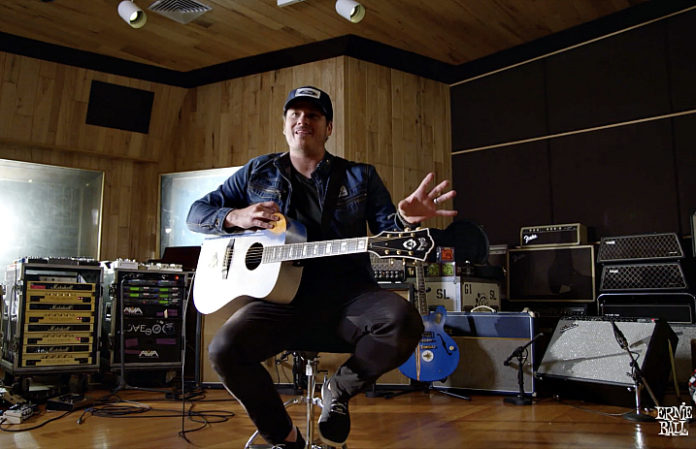 In a new episode of Ernie Ball: The Pursuit Of Tone, an AT&T original series, Tom DeLonge talks about Blink-182's history from his point of view, as well as some background about his life and artistic endeavors that followed.

The special 90-minute episode dives into why he left Blink-182, what he learned from starting Box Car Racer and Angels & Airwaves and plenty more.

In the AP-exclusive clip seen below, DeLonge shares the story behind writing Blink-182's hit “Stay Together for the Kids,” off of 2001's Take Off Your Pants And Jacket.

“I think we hit on something that sounded like adolescents lashing out over being caught in the middle of a storm that they had no control of,” he shares in the clip.

He goes on to talk about the importance of capturing a feeling with art.

“I think that’s what’s great about rock ‘n’ roll,” he says. “It’s not about the music as much as it’s about the emotion, and the emotion is what resonates with people.”

Check out the official trailer below: