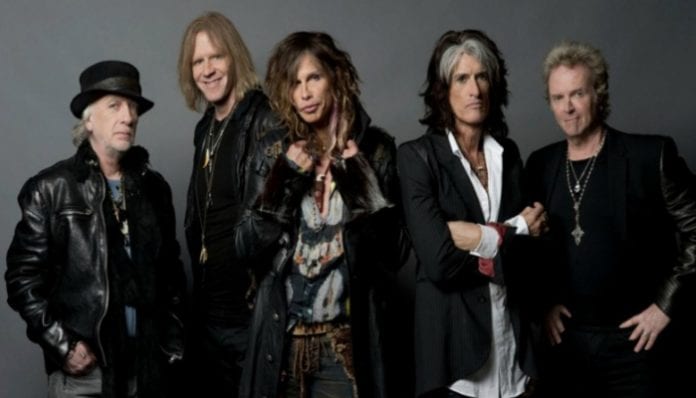 Aerosmith are set to “Walk This Way” onto the Hollywood Walk of Fame after being announced as the next in line to received the coveted star on Hollywood Blvd.

The ceremony will take place on February 14 with the star being placed in front of the Musicians Institute, located at 6752 Hollywood Blvd.

Want to attend the dedication? It begins at 11:30AM, and yes, the band is expected to be there.

“Aerosmith is one the greatest rock bands in the world and we expect many fans will be “Crazy” excited to see them honored.”

The band’s star will be the 2,657th addition to the Walk of Fame.

“The only things I knew to expect from being in a band and making it were girls, money and fame,” bass player Tom Hamilton tells Variety.

“Oh, and being on ‘American Bandstand.’ I never expected videos, digital recordings, playing in Russia or having a roller coaster at Disney World — never mind a star on Hollywood Blvd.”

“Walk this way” to the Hollywood Walk of Fame when @Aerosmith is honored with their star on February 14th! pic.twitter.com/Jr8zIETFOo

Are you excited to see Aerosmith on the Hollywood Walk of Fame? Sound off in the comments below!