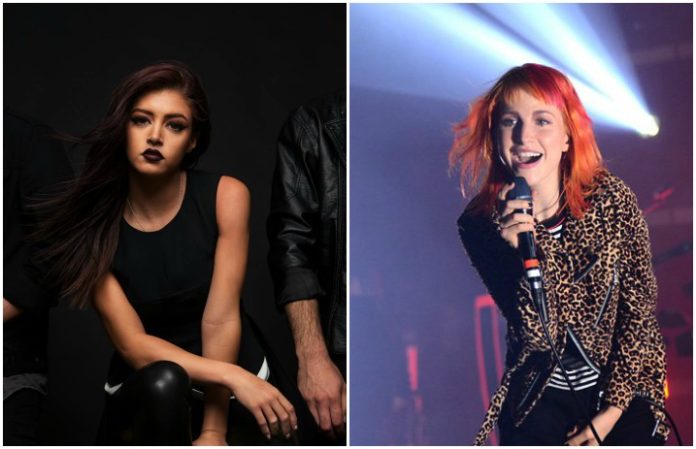 “I wasn't cool, I wasn't powerful, I wasn't a leader,” Costanza writes. “Hayley changed that.”

Williams responded to Costanza on Twitter, saying: “Love the pieces you've been writing—you're inspiring so many.”

Costanza recently responded to the gender disparity in Reading & Leeds' lineup. When Against The Current were announced for U.K. festival, Costanza was one woman alongside 57 men. Here's an excerpt from that piece:

“Directly speaking to girls who want to be in bands, but are just starting out: You have to go in there and break doors down. You can't ever second-guess yourself because you're a girl, you can't ever let that double standard push you down. You have to walk in there like you know you belong there. I think that's ultimately how Against The Current got through, because I didn't take any prisoners. I didn't let anyone tell me I couldn't do it because I was a girl. I just said, 'Nope, I'm here, I wanna do this and I'm gonna do it.' If you can't change everyone's mentality in one day, you just have to force them to see you. The only way to do that is by kicking the door and walking through it yourself.”

And here is Costanza's note to Williams:

Thank you for everything @yelyahwilliams, we've never met, but you changed everything for me. #SheInspiresMe pic.twitter.com/2geJZAEgY1

@yelyahwilliams wow thank you so much, that truly means the absolute world to me ❤️