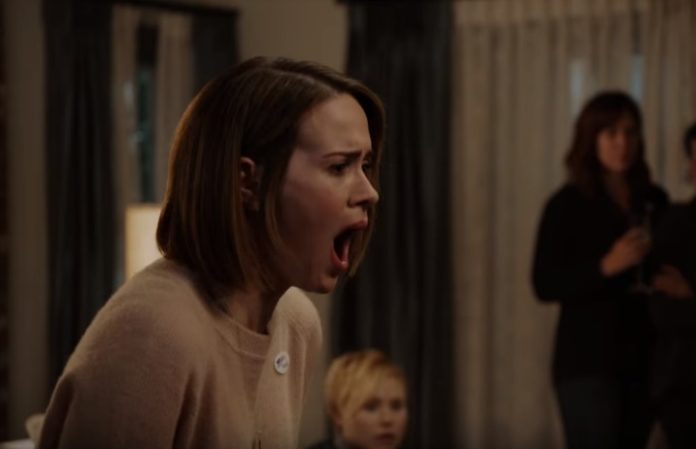 American Horror Story fans might have figured out the theme for the new season—and if they're correct, it's bound to be terrifying. (As per, of course.)

Twitter account @ahsleak pointed out that a trademark has been filed for American Horror Story: Radioactive, which could possibly mean that it’s the theme of Season 8.

A new trademark has been filed for “American Horror Story: Radioactive”. Could this be the name of the next season? #AHS8 �� pic.twitter.com/xSG1SKfRAo

As @AHS_FreakyNews points out, this theme has been alluded to previously…

#AHS has already talked about or visually hinted at Radioactivity and radiation in previous seasons.#AHS8 #AHSFX #AmericanHorrorStory pic.twitter.com/8ykxmBlfrZ

And fans seem to already be guessing where this season could be headed.

Random thought: what if this creature was a person effected by radiation in #AHS8? Or a mutation or something that was created from the effects of radioactivity? And also I want to point out that this whole setting looks like the result of radioactivity? @marygirlmoody pic.twitter.com/vIqzAzxPdc

“I pitched it to [FX boss] John Landgraf today right after his TCA panel, and he loved it, but he’s asked me not to say what it is,” said Murphy. “I told him and he fell out of his chair with joy. I think people will like it, it’s different from what we’ve done before, but I always try and do the opposite of what I’ve done on that show.”

While Murphy may not have been able to discuss the show's actual theme, he did provide a hint at things to come.

“All I’ll say about it is I want to go to the future—still topical, but the future, which I’ve never done.”

Does “Radioactive” seem futuristic? We seem to think so…