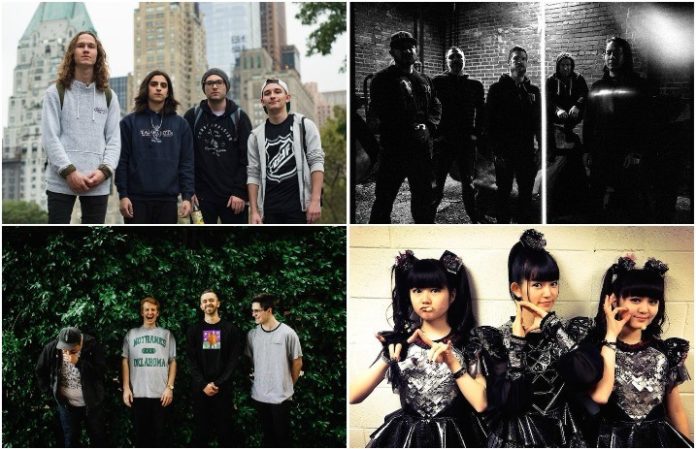 Catch BABYMETAL, Fossil Youth, Touché Amoré and SECT on tour—plus, congratulate Homesafe on their signing to Pure Noise. Check out the news you might have missed today below!

Read more: FCC votes to kill net neutrality—here’s how you can fight back

WE SIGNED TO @PURENOISERECS! WE COULDN’T BE MORE EXCITED. WE HAVE JUST BEGUN RECORDING OUR FIRST FULL-LENGTH RECORD! CHECK OUT THIS VIDEO WE MADE! pic.twitter.com/lnT8jVkhdz

Plus, they announced that they’ve just started recording for their first full-length.

The festivals will be taking place June 1-3.

3. Fossil Youth announced that they’ll be hitting the road in the Midwest and Canada next spring.

�������� Excited to announce more tour dates for 2018! Hitting the midwest and Canada in February w/ @rarityband and @UnturnedMN on select dates! Tickets and info at https://t.co/MxrTMdFtio pic.twitter.com/gu0r7MsjeX

Plus, they’ll be joined by Rarity and Unturned on select dates.

Plus, La Dispute, Self Defense Family and Warm Thoughts will be opening on the special occasion.

We are finally making it to CA, and we are playing with some awesome bands too! @DieYoungTX Torso @HesitationWound @EntryBandLA Foreign Pain pic.twitter.com/TQmFfKwxRC

We are finally making it to CA, and we are playing with some awesome bands too! @DieYoungTX Torso @HesitationWound @EntryBandLA Foreign Pain pic.twitter.com/TQmFfKwxRC

The select dates will be taking place next February.

Plus, he released his new single, “You Won’t Pass Go.”