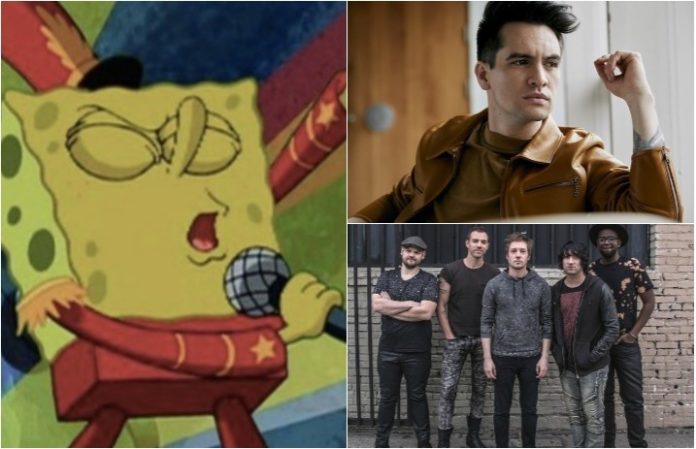 [Photo by: Panic! At The Disco/Jimmy Fontaine]

Congrats are in order to Panic! At The Disco and Plain White T's!

The bands are featured on the Spongebob Squarepants: The Musical soundtrack, which just won an Outer Critics Circle award.

The Outer Critics Circle awards ceremory will take place on May 24 in New York City, and you can check out the full list of winners here.

This is the first ever theatre award for both bands, which are also nominated for a 2018 Antoinette Perry Award for Excellence in Broadway Theatre, or more commonly known as the Tony Award, alongside fellow composers in the category for 'Best Original Score (Music and/or Lyrics) Written For The Theatre'.

The currently running Broadway musical has received a total of 12 nominations including 'Best Musical' while leading man Ethan Slater is up for 'Best Actor In A Musical' award. Not too surprising considering the composers for the critically-acclaimed musical include David Bowie, Cyndi Lauper, John Legend, the Flaming Lips and more.

Besides taking home a handful of theatre awards, Panic! At The Disco have a new album, Pray For The Wicked, due out June 22 and will be touring in support of the record this summer. You can check out the full list of cities and dates below!