Did the new figurine just give away Jude Law’s character’s true identity?

Anticipation is building for the release of Marvel’s upcoming Captain Marvel. We know Brie Larson will be taking on the title character and Samuel L. Jackson will reprise his role as Nick Fury.

However, not much is known about Jude Law’s character as the actor only appears for a brief second in the first trailer. Now, many believe a leaked Funko Pop! image might have spoiled his true role.

Back in Nov. 2017, Variety exclusively revealed Law signed on to portray Doctor Walter Lawson aka Mar-Vell. The post states Lawson “becomes a mentor of sorts to Danvers as she tries to figure out her new powers.” However, Marvel had no comment at the time and his role has not been confirmed.

Read more: How much twenty one pilots ‘Trench’ era trivia do you know?

Last night, Reddit user PhoOhThree posted a leaked image of Funko Pop!’s upcoming Captain Marvel figures and that might not be Law’s role at all. 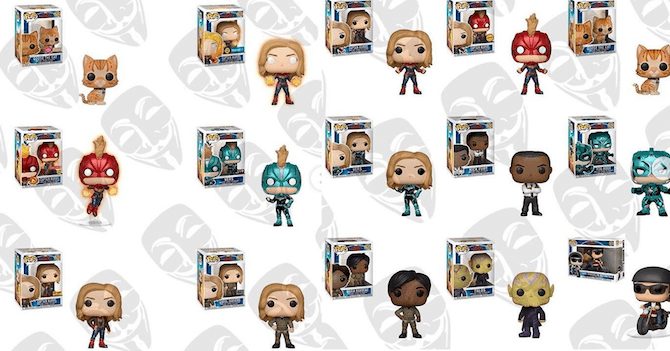 As pointed out by the reddit user, Law is actually playing Yon-Rogg.

Another reddit user, dustsurrounds, explains why Law playing Yon-Rogg would be so tragic for the titular character aka Carol Danvers.

“Yon-Rogg is one of Carol’s arch enemies in the comic, probably her second most eminent after Moonstone, her main nemesis, and is overall Captain Mar-Vell’s arch nemesis. Given the fact Jude Law is her mentor here and the implication she’s been brainwashed, it’s likely Yon-Rogg stole her entire life to use her as a weapon of the Kree empire, leading to a possibly tragic realization at some point in the film.”

Today, Funko posted their own teaser of the products, stating they’re coming soon.

On the link, they describe the character as “Kree military officer Star Commander,” neither confirming or denying Law’s character’s true identity.

Back in September prior to the Funko Pop! image, ScreenRant delved into reasons why Law might actually be Yon-Rogg.

They point out that Law avoided answering whether or not this was his role in July and EW’s September suit reveal only refers to him as an “enigmatic commander.”

Captain Marvel hits theaters March 8, 2019, and it will indeed include late Marvel legend Stan Lee in a cameo.