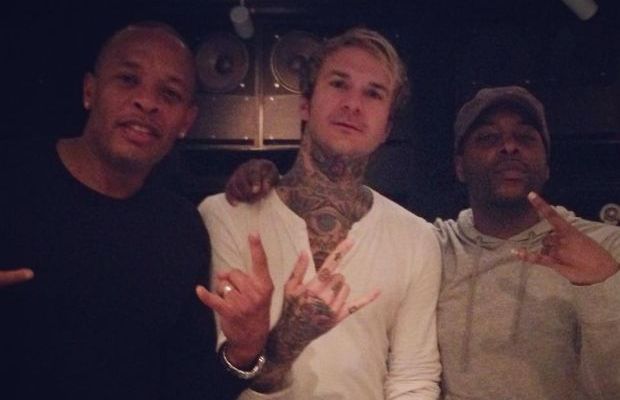 Things have been rather silent in the Chiodos camp as of late, but Craig Owens has been staying active with his solo work regardless. On Tuesday, July 21, the singer posted on his Facebook, “the phone call i just had is going to make all of you very happy.” Today, Owens shared a photo of himself in a studio with none other than Dr Dre and fellow Michigan native, Jon Connor. Whether or not this image is the result of that phone call, or something completely unrelated, is yet to be determined.

Owens and Connor joining forces isn't much of a surprise, as the two have worked together in the past. Owens was featured on Connor's While You Were Sleeping mixtape and Connor has joined Chiodos on stage as far back as 2012. Dr Dre, however, is clearly an exciting piece of this developing puzzle. Jon Connor is signed to Dr Dre's Aftermath Entertainment so it's likely that Owens is featuring on more of Connor's work and Dre is only producing, but there could certainly be more going on here. Only time will tell, but to hear Craig Owens and Dr Dre on the same track would be pretty interesting, right?

You can see the full photo below which Owens shared with the caption, “another long night of making music with the greatest of all time. Dr Dre & Jon Connor ‪#‎History‬”