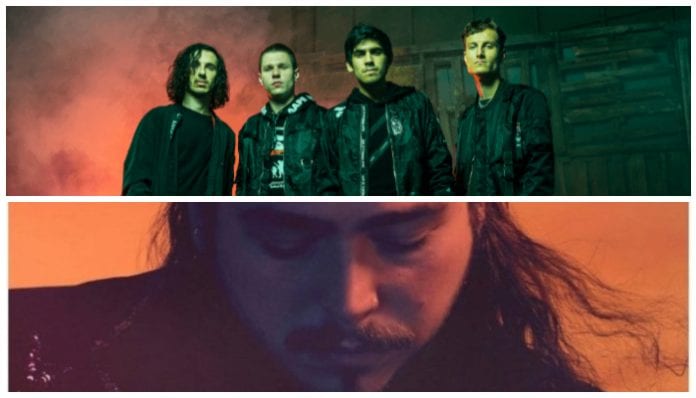 Crown The Empire had the ultimate Friendsgiving in LA back in 2015. Not only did the band invite Post Malone and friends, vocalist Andy Leo ordered Chick-fil-a for dinner. #Goals.

“Friendsgiving 2015. My first holiday season in LA and none of us could make turkey so I ordered chikfila nugs for the gang,” Leo posted to Twitter, along with a picture of the group.

We mean…nuggets are always a good substitute. Just saying.

Check out the adorable gang below!

Friendsgiving 2015. My first holiday season in LA and none of us could make turkey so I ordered chikfila nugs for the gang pic.twitter.com/VuH3PjzoMk

Additionally, Post Malone tried out for Crown The Empire when he was just 15 years old. However, America’s favorite metalcore-loving rapper didn’t make the cut.

Obviously, the band’s initial rejection didn’t hurt their friendship at all.

Crown The Empire are currently supporting Underoath on tour with Dance Gavin Dance and The Plot In You. Tickets are available here.

What do you think of Crown The Empire’s Friendsgiving this year? Let us know in the comments!

Watch more: Crown The Empire Tease the Follow Up to “20/20” and the Possibility of a Post Malone Collaboration