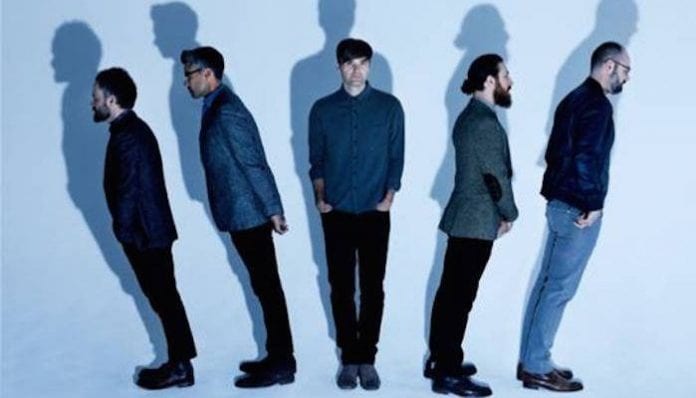 The Blue EP is a followup to the band’s last full length Thank You For Today, which dropped last year.

The band announced the EP on Twitter and explained a little bit about the process behind making it.

“THE BLUE EP is a collection of five new tracks that share a similar conception but different births. We love these songs and can’t wait for you to hear them,” they wrote.

THE BLUE EP is a collection of five new tracks that share a similar conception but different births. We love these songs and can’t wait for you to hear them. pic.twitter.com/vcnazGml0C

The song “Kids in ’99” was written in tribute to three children who lost their lives in the 1999 Bellingham Olympic Pipeline explosion in Seattle, Washington.

“The Olympic Pipeline explosion in 1999 was a tragedy that really affected me while we were living in Bellingham,” Gibbard said. “After all these years I felt it was worthy of its own folk song.”

You can listen to the new track below.

The Blue EP drops September 6 and you can preorder it here.

Chance the Rapper‘s debut studio album, The Big Day, was released last week and features some pretty incredible and surprising features. One of those features includes Death Cab For Cutie vocalist Ben Gibbard, hitting fans hard in the nostalgia.

The album has a number of exciting and unusual features, but it’s track two that had fans reliving the nostalgia of the 2000s.

The track, titled “Do You Remember” features the Death Cab For Cutie vocalist and sent fans into an absolute frenzy.

The band took to Twitter to reveal how the collab came to be.

“It all started with a, well, chance encounter three years ago backstage at Bonnaroo. Turns out that we and @chancetherapper had a bit of a mutual admiration society going on, and we had a very fun hang in our dressing room, in which he revealed a straight-up impressive familiarity with some pretty deep Death Cab catalog cuts, and during which the possibility of a collaboration was briefly mentioned.

Fast forward to 2019, and we were truly surprised and honored when Chance got back in touch and asked us to be part of a song called “Do You Remember”, which appears on his debut record, THE BIG DAY, which is out worldwide as of right now. We couldn’t be more thrilled. Thank you, Chance, and congratulations on your big day! (photos by Rachel Demy)”

impressive familiarity with some pretty deep Death Cab catalog cuts, and during which the possibility of a collaboration was briefly mentioned.

Thank you, Chance, and congratulations on your big day!

You can listen to “Do You Remember” below.

What do you think of the new Death Cab For Cutie song? How excited are you for the full EP? Sound off in the comments down below!