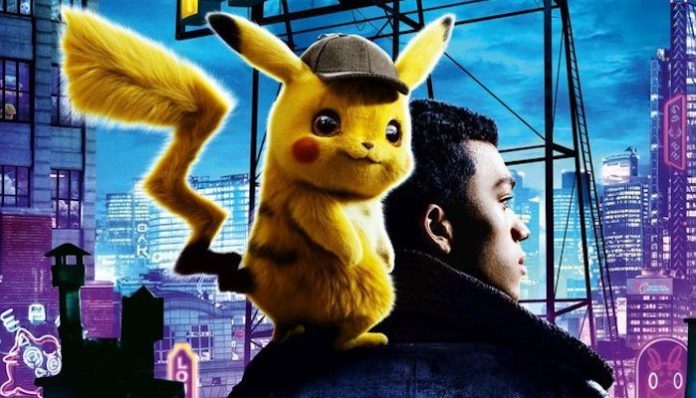 Detective Pikachu has something to celebrate — the Pokemon film is now the highest-grossing video game movie of all time.

The film, with Ryan Reynolds voicing the titular character, dropped a couple months ago.

During the films debut weekend, it came in second at the weekend box office behind Avengers: Endgame at $63 million.

However, it was initially reported by many news outlets that Pokemon: Detective Pikachu made $58 million at the box office its opening weekend, it’s now being said that the figure was not correct.

According to Exhibitor Relations, the updated number for the film is $54.5 million not $58 million as previously stated.

Also, on  Friday, Detective Pikachu earned $20.7 million while Endgame made $16.060. This was the first day since the Marvel film debuted that it wasn’t the highest-grossing film in theaters.

Now, it looks like the film had some staying power in the box office. It’s made $143 million in the domestic box office, which now makes it the king of video game movies. It passed Lara Croft: Tomb Raider ($131.1 million) and The Angry Birds Movies(#107.5 million).

Besides the domestic box office, it’s set the international record as well. The film passed $436 million worldwide, which is a new record for films based on games. Thanks to movie theaters in Slovenia, New Zealand, Norway, Portugal and Columbia that are still showing the film, it was able to beat the record.

Detective Pikachu had a big box office run, but the Pokémon Company was not a big fan of one scene in particular that took place during the film.

Erik Nordby, the visual effects supervisor, and Ravi Bansal, the film’s art director revealed how they made that creepy, gross scene with Lickitung work.

“We built that tongue in reality with a big chunk of latex,” Nordby explains. “It’s completely gross, but we had to have something to wipe Justice Smith’s face with [the actor gets licked by Lickitung in one scene].”

He also goes on to share that the Lickitung scene was not one the company was too fond of.

“For something to feel real, it has to have real world grit and texture. But the Pokémon Company would see that and think it was dirty. We had to walk them through a whole series of slides and build the trust that we weren’t going to make these things disturbingly dirty.

I wouldn’t say that [the scene with Lickitung] was the Pokémon Company’s favorite scene in the movie. That’s one where we got right up to the edge of what they would be comfortable with.”

You can catch a quick glimpse of the scene in the film’s trailer, below.

Pokemon fans gotta catch a drink at one of these pop-up bars based on the franchise that are showing up at a few locations across North America and Australia.

The bar/event will have Pokemon-themed food and drinks as well as a live DJ.

One of the foods are these adorable burgers that we want to devour already. You can see a photo of those below.

Tickets for the events cost $25 and include themed games for patrons to play and try to win prizes. There will also be a costume contest for the person dressed as the best Pokemon.

What do you think of Detective Pikachu’s box office records? Sound off in the comments down below!