Yes, it’s true, Disney and Ravensburger have launched a new Hocus Pocus board game just in time for Halloween.

In order to win Hocus Pocus: The Game, players must work together to outsmart the Sanderson Sisters‘ spells and sabotage.

Unlike other board games, Hocus Pocus: The Game requires players to work as a team. Together, they must dodge the Sanderson Sisters who are using their infamous spells to sabotage the game.

Throughout the board game, players can receive assistance from characters including Thackery Binx. As well, players have the chance to use some sneaky tricks including the Rain of Death to help them along the way.

As the description says, players are truly transported into the Hocus Pocus film in this new board game.

“Under the light of a full moon on All Hallows’ Eve, you and your friends sneak into the old Sanderson house,” the description says. “On a dare, you light the Black Flame Candle – surely the old stories are just a bunch of hocus pocus. Before you know it, the Sanderson Sisters have come back from the dead, ready to brew their terrible potion and suck the lives from the children of Salem. It’s up to you to ruin the witches’ potion and put an end to their terrible deeds forever!”

The game board is in the shape of a black cauldron as seen in the Sanderson house. As well, the board game’s box closely resembles Winifred’s evil spellbook. 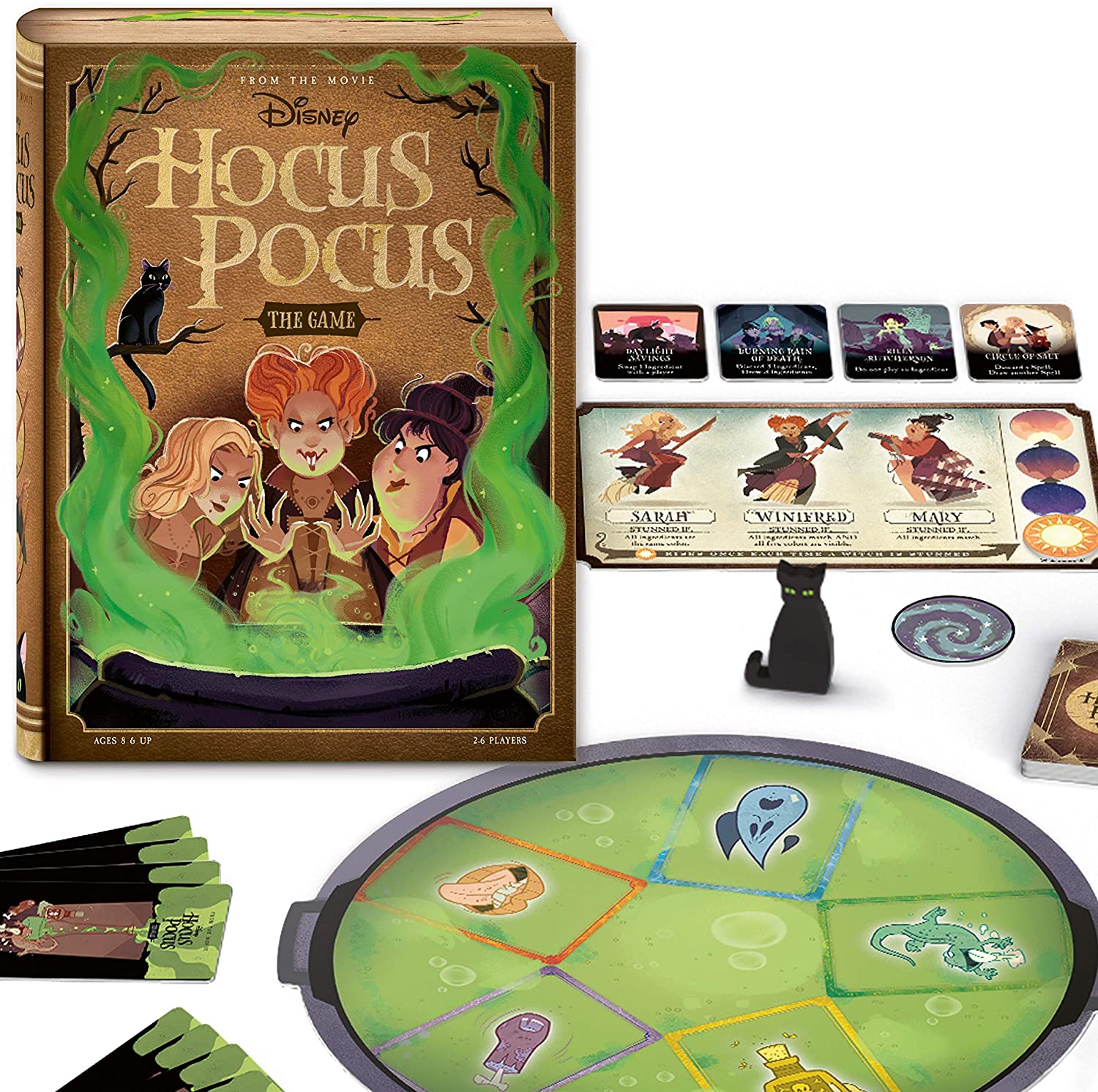 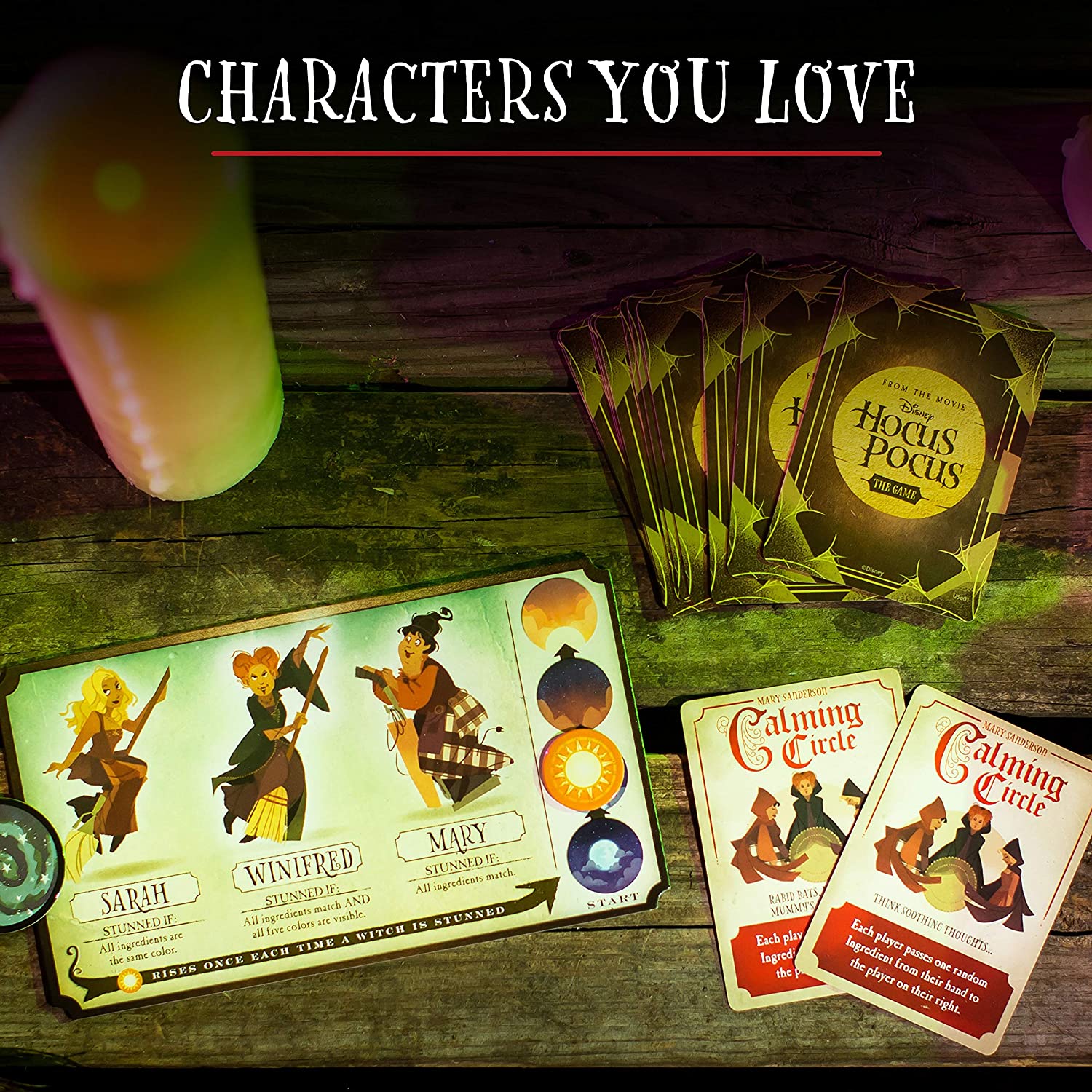 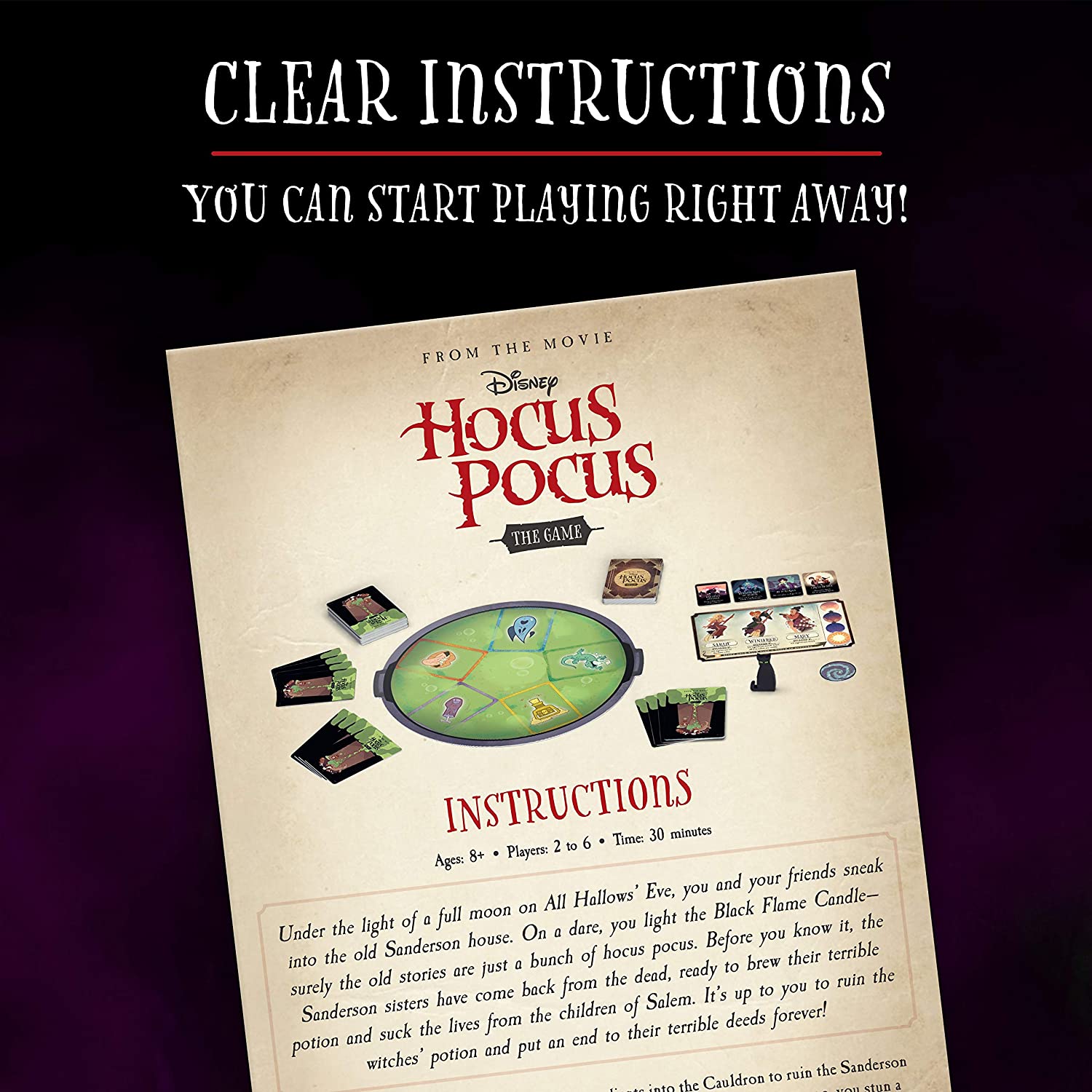 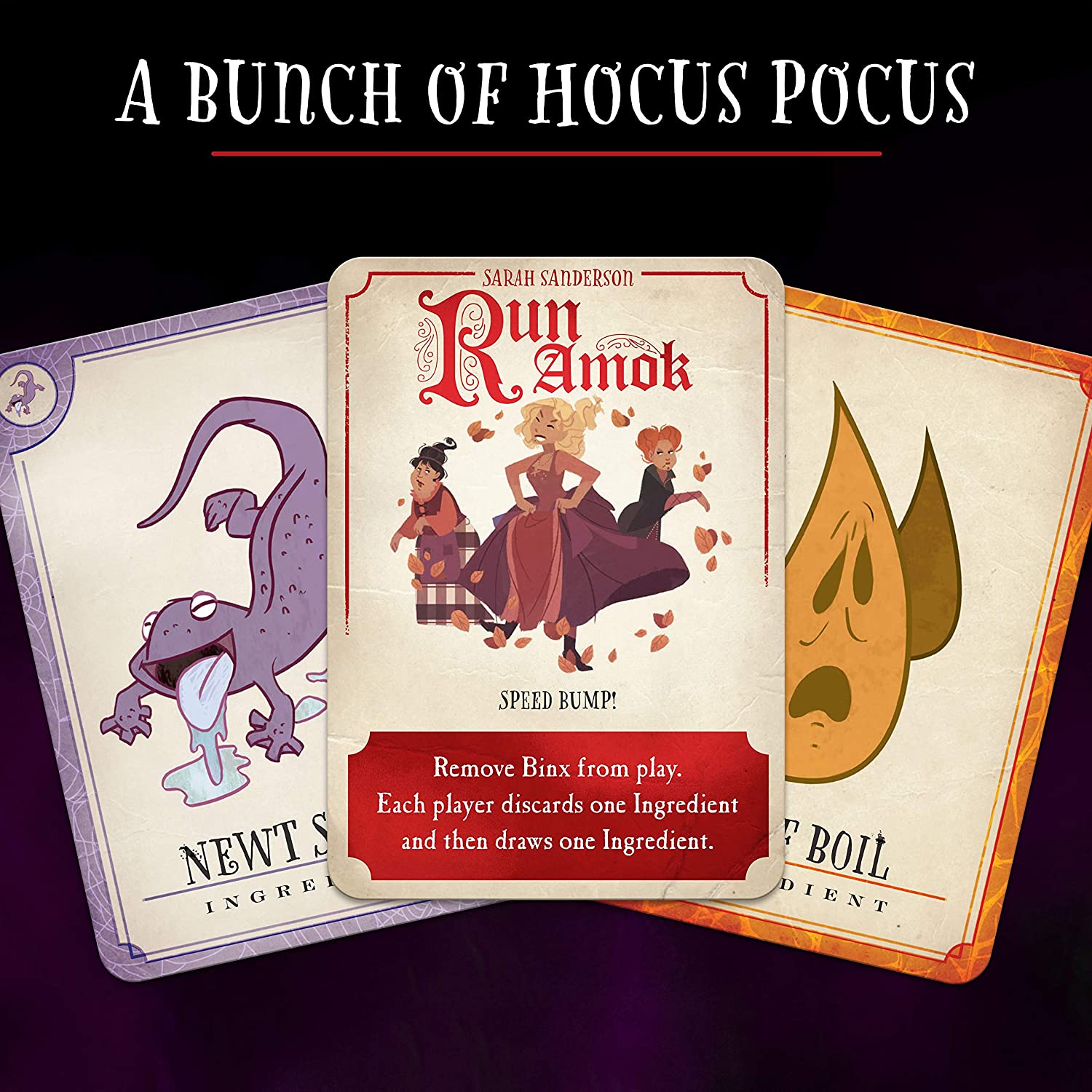 Hocus Pocus: The Game is available on Amazon for $19.99. It includes one cauldron board, 50 ingredient cards, a witch board, a sun token, 13 spell cards, four trick tokens, a rulebook and one Binx meeple. The game requires two to six players and takes around 30 minutes to play.

Hocus Pocus fans can stream the beloved film on Disney+ while playing the game. As well, this Nestle Hocus Pocus cookie dough makes the perfect snack for a game night. Don’t forget to sip on your favorite seasonal beverages with this mug inspired by Max Dennison.

Are you going to buy Hocus Pocus: The Game? Let us know in the comments below.