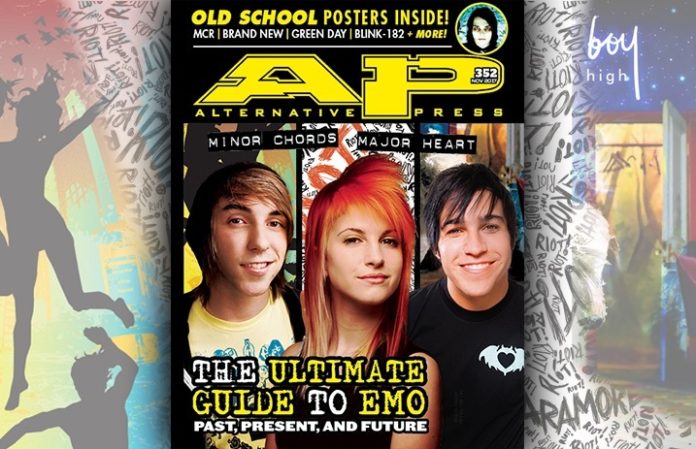 We never realized how much controversy the e-word would radiate in a music world where so many bands and subcultures would lay claim/waste to the term. Actually, we did, but we put together this special issue, anyway.

So we decided to go back in history, from post-harDCore mentors (Rites Of Spring) to Midwestern majors (Braid) to the biggest thing to ever come out of Jersey (you know who), to explore the most influential outfits that took up the emo mantle—even if it was foisted upon them.

And for anyone wondering what the hell emo is, anyway, writer Jesse Richman tries to connect emo’s various roots, branches and virulent strains. He draws a historical line in the sand, along with a compelling argument about emo as a subgenre that’s always in flux and in progress.

Read more: A ranking of the most emo lyrics and what they mean

In 2007, the scene as we know it was pretty fertile in all directions, from pop punk to metalcore, emo (of course) and straight-up punk. For our THANKS FOR THE MEMORIES look-back, we parsed records by AGAINST ME!, ALL TIME LOW, CHIODOS, FALL OUT BOY, PARAMORE and SAY ANYTHING, among many others, to sum up a banner year for the scene.

Plus, tons of old-school posters and features on AUGUST BURNS RED, KNUCKLE PUCK, THE GOSPEL YOUTH, GRETA VAN FLEET, NO WARNING and more!

We also look to the future with this month’s 10 Essential, offering up crucial songs from 10 artists who are keeping the emo headspace very much alive.

Those who don’t know history are doomed to delete it…

You can purchase your copy of the Ultimate Guide To Emo issue right here: