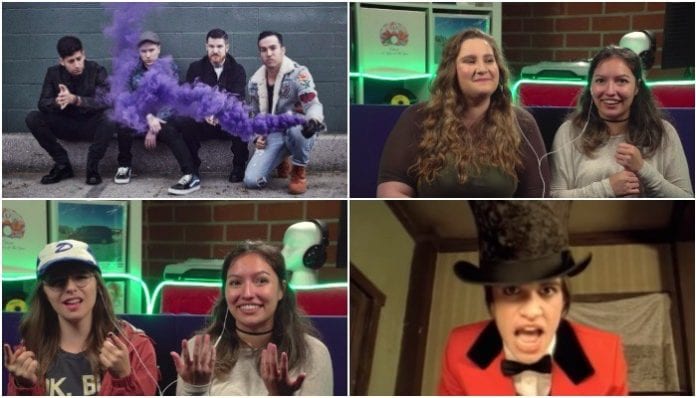 We love watching various generations react to some of our favorite bands in the scene, and today, the Fine Bros. have posted a new video of college kids listening to a bunch of 2000s pop punk bands.

For this week’s episode, the show centered on 2000’s pop punk, and we’re living in the nostalgia. This episode in particular features the likes of Fall Out Boy,Panic! At The Disco,My Chemical Romance,Good Charlotte, and more!

Starting things off in our list, the reactors listened to Fall Out Boy’s classic track “Dance, Dance,” and the biggest takeaway to one reactor is the fact that the entirety of FOB is “they’re all just emo dads now.”

Then, the reactors got to listen to their hand-selected picks. With varying amounts of pop punk classics, like blink-182‘s “First Date” and “Avril Lavigne’s “Sk8er Boi,” the section reminded us of some serious gems.

We can’t get over all the nostalgia, and we’ll be blasting these tracks and more for the rest of the night!

What songs would you have picked for this episode? Let us know your top 2000s pop punk tracks in the comments below!