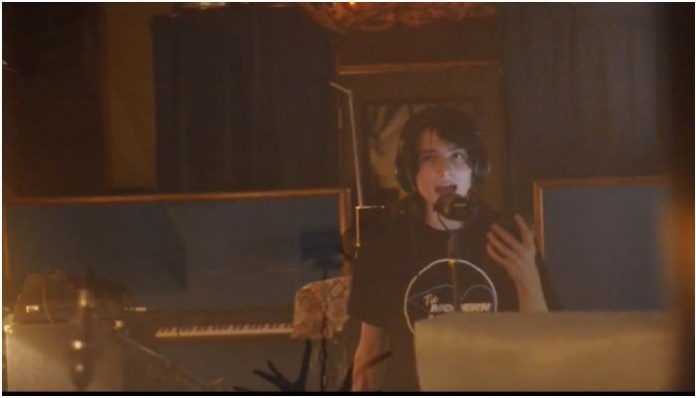 Finn Wolfhard (Stranger Things) and his new band the Aubreys have officially made their debut with a new track, “Getting Better (otherwise,)” and music video for an upcoming horror flick, The Turning.

The actor was previously the lead vocalist for disbanded Calpurnia. In an Instagram post last year, the group cited other projects and endeavors as the need for their breakup. They posted a photo of themselves together and took a moment to thank fans for their support.

“It’s bittersweet to share this news, but we want to let you know that our time playing together as Calpurnia has come to an end,” the caption reads. “We are extremely grateful for the support we’ve received over the past few years. What seemed to us like an unimaginable reality came to be, and we have been thrilled to share the ride with you.”

Weeks later, Stereogum reported that Wolfhard was in a new band.

At the time, no other details were released about the group, except that they will be featured in the upcoming soundtrack for a new movie starring Wolfhard, The Turning.

Now, the young actor is officially making his debut with a new band, the Aubreys.

Ahead of the release of The Turning the band dropped their debut track with “Getting Better (otherwise)” an accompanying music video.

The imagery features behind-the-scenes footage of the making of the song as well as clips from the feature film.

The movie’s soundtrack producer Lawrence Rothman says that the decision to have Wolfhard on the soundtrack had to do with the actor’s character in the film.

Finn’s character in the film (Miles) is a real musical kid and retreats to his bedroom a lot to dispense his grief and confusion into music and we wanted that represented on the soundtrack,” Rothman states. “Finn and his bandmate Malcom came to my studio and we had a chaotic 8 hour session where it all came together fast.”

“We blasted Jay Reatard’s 90’s band The Reatards in the studio during our session breaks, and a bit of that influence came into the recording of the song.”

The soundtrack for the film will be released Jan. 24 and is available for preorder here, the tracklisting is below.

The album will also feature works from artists such as Mitski, Soccer Mommy, Kali Uchi and more.

What do you think of Finn Wolfhard’s new band the Aubreys, and their new song “Getting Better (otherwise)?” Let us know in the comments below!