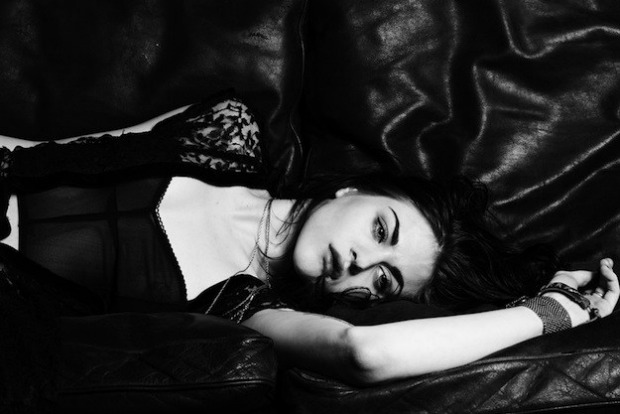 Frances Bean Cobain has created a Twitter account that she is using to dispute police reports about a recent break-in at her home.

In the following statement from Cobain's Twitter, she states that a man identified by the L.A.P.D. as “22-year-old transient Marc James Franco,” who plead “not guilty” to burglary charges on October 16, had more sinister intentions than eating her food and using her washer and dryer when he allegedly broke into her Los Angeles home on October 13:

“I've started this twitter for one reason, because the police aren't doing their jobs&have released inaccurate information about the intruder who entered my home.

firstly, he is not a homeless man. he is a rabid nirvana fan whose deep seeded obsession w/ kurt not only convinced him to break into my home, but we later found out that he considers my fiancé a “problem” and [planned] to kill him. the intruder wrote my fiancé's first & last name out in his journal with the words “Kill” circled and pointing to his name.

i figure releasing this information directly to the public will garner media attention & hopefully will mean that this bastard fucker won't have the opportunity to be released from jail & can't hurt those i love because of his obsession with someone i'm related to.

this situation is far more serious than a “transient” wandering into my home & eating my food. he was lying in wait and had the intention to kill my fiancé' and potentially me once we returned home from vacation.I hope this puts into perspective the seriousness of this incident. -Frances Bean Cobain”