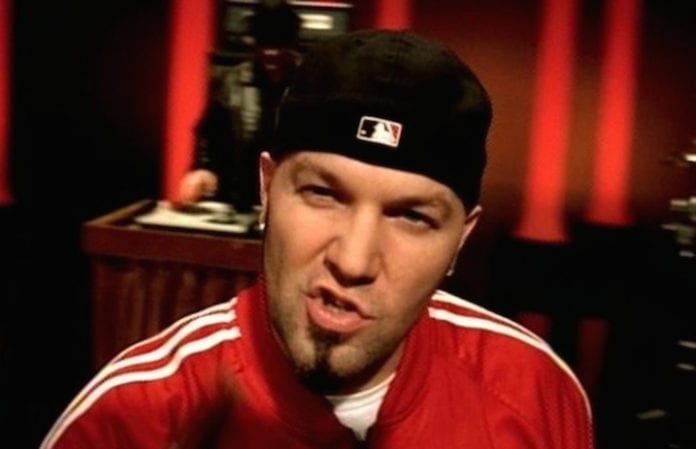 Limp Bizkit frontman Fred Durst took a stab at directing movies last year and he’s being recognized for his “achievement,” although not in the way that anyone would really want to be awarded.

Durst is being nominated in the Worst Director category of this year’s Razzie Awards, an awards ceremony highlighting the most awful things to be made in cinema over the past year.

Read More: Rage Against The Machine announce 2020 tour with Run The Jewels

In case you don’t know about the Golden Raspberry Awards, they started in 1981 after famed publicist and copywriter John J.B. Wilson gathered his friends together to present made up awards on the night of the Academy Awards. After the event caught on with major news networks over the course of their first few years, the Razzies blew up into a remarkable event as a backlash to the worst of film and cinema of the past year.

The 2020 Golden Raspberry Awards marks 40 years of the event which will be airing on TV for the first time ever.

Today, the nominations are out and from some of the reactions revolving around certain movies this year, they aren’t surprising.

Cats is being nominated in nearly every category with Rambo: Last Blood coming in just short of most nominations.

They’re also presenting a new award this year. They’ll be giving away an award for Worst Reckless Disregard For Human Life And Public Property. Nominees for that award include Oscars fave Joker. It’s going up against Hellboy, Rambo, Dragged Across Concrete and The Haunting Of Sharon Tate.

Fred Durst’s film The Fanatic made its way onto the list too with him earning a nomination for Worst Director. He’s up against stiff competition including James Franco for Zeroville, Adrian Grunberg for Rambo, Tom Hooper for Cats and Neil Marshall for Hellboy.

You can watch the nominations get announced in the video below.

What do you think of Fred Durst being nominated for the Worst Director Razzie award? Let us know your thoughts in the comments below.