As if Grimes hasn’t done enough to confuse and shock people with her and Elon Musk‘s child’s ridiculous name, she’s now selling a piece of her soul.

The musician is doing so as an art project and while she started the price at $10 million, it’s now being sold to the highest bidder.

Read More: Coachella may not be happening in 2020 as originally hoped

This marks Grimes’ first online fine art exhibition with the piece being titled “Selling Out.”

In an interview with Bloomberg, she says she finds it strange people have typically viewed her as a musician first and artist second.

“I see myself as a visual artist first and foremost,” says Grimes. “and I’ve always felt strange that people know me for music.”

She is considering this as a continuation of her music though and extends the world of her musical career. Her soul is being sold as a legal document stating the buyer owns a yet-to-be-determined percentage of her soul.

“The deeper we got with it, the more philosophically interesting it became,” she explained. “Also, I really wanted to collaborate with my lawyer on art. The idea of fantastical art in the form of legal documents just seems very intriguing to me.”

At the beginning of the idea, she wanted it to be improbable anyone would buy her soul which is where the $10 million price point comes from. With people having limited resources due to the coronavirus though, she changed it to “best offer.”

For the rest of the art pieces, Grimes didn’t want the prices to be “prohibitively expensive.”

The exhibit set the prices “related to production costs,” and determined the value “logically, in terms of an emergent artist who doesn’t have a track record.”

On top of her soul, Grimes is selling her work in three categories. She has reproduced prints at $500 with 30 available. She also has paper drawings done with ink ranging from $2,000 to $3,000. The most expensive piece displays her “WarNymph” which is the digital character Grimes created from her own body scans set between $5,000 and $15,000.

Lastly, she has a video called AI Meditations Led by WarNymph. It’s a seven-minute guided meditation conducted by the avatar but a price hasn’t been set.

You can check out the Maccarone website to see all of the pieces available.

Would you buy a piece of Grimes’ soul? Let us know in the comments below. 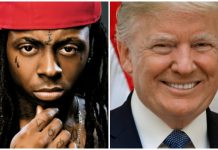 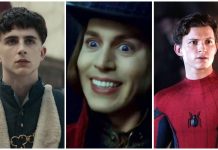 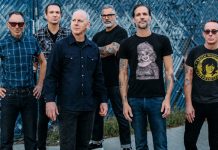