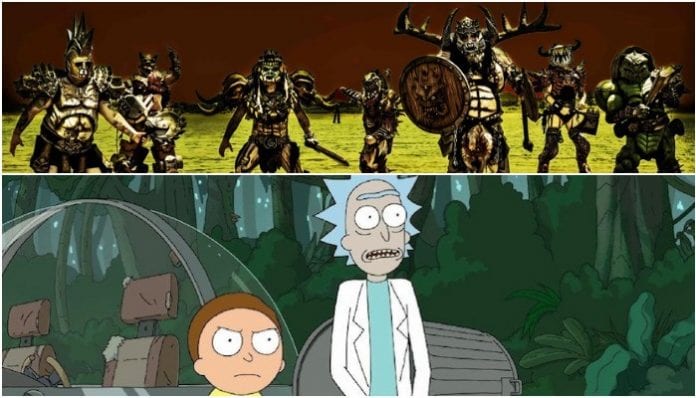 Looks like Gwar made a guest appearance in Rick And Morty.

Read more: This heavy metal band got to destroy the new ‘Rick And Morty’ bar

Earlier this morning, the band tweeted a screenshot from the pilot episode of Adult Swim’s hit show, Rick And Morty.

According to the tweet, they’ve revealed that members Oderus and Beefcake made a cameo appearance in the show’s first episode around the 16-minute mark (15:52 to be exact.)

Bohab Scott Denney spotted Oderus and Beefcake in the pilot episode of Rick and Morty. They pop up at 15.52 minutes. See it for yourself at https://t.co/NwUp3oo3aB. #GWAR #GWARPUB #RickAndMorty #tbt @BeefcakeofGwar @RickandMorty pic.twitter.com/W8GOraGcsN

Rick And Morty recently got picked up for a massive 70-episode order, and with Back To The Future‘s Christopher Lloyd wanting to make an appearance, there’s a definite possibility fans could see more of Rick’s family.

Adult Swim’s renewal of the show has been in the making for quite some time, but it looks like they were finally able to come up with a deal that satisfied both parties.

Described as a “long-term deal,” we’re sure that we’ll be getting to see episodes of the show for years to come…not that we’re complaining! There’s not a lot of details regarding the new deal, but we can only guess that the new episodes won’t air until later in 2019.

As for Gwar, the band and Hatebreed will be teaming up for a run of co-headlining concerts later this year as part of the “Gore, Core, Metal & More” tour.