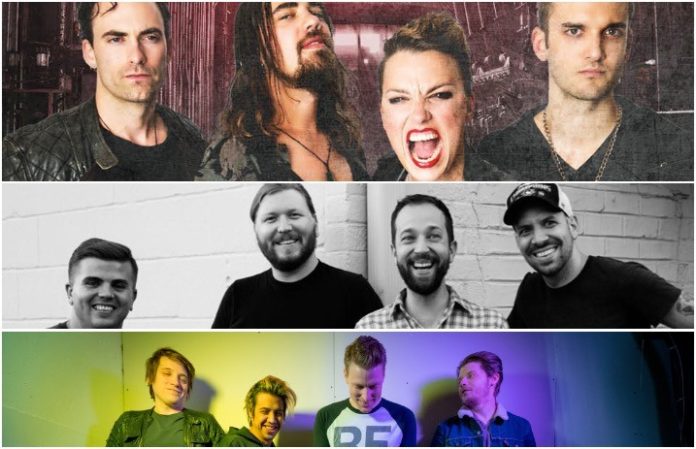 Catch Halestorm on tour—plus, hear a new song from Punchline. Check out the news you might have missed today below!

FREAKS! We're stoked to announce a European tour this fall! Check out the full list of dates below. Tickets go on sale Friday, 9 March at 12 pm GMT.

Halestorm have announced their fall U.K. and European tour. Tickets go on sale March 9, and you can preorder them here. Check out the tour dates and cities below.

Punchline just dropped a new song called “Friend From The Future.” You can expect to see this track on their upcoming album Lion, out March 30. Preorder Lion here!

Trivium released a new music video for their song “Beyond Oblivion,” taken from their latest album The Sin And The Sentence. The band are currently on tour in the U.K., with a U.S. tour with Bullet For My Valentine to follow. Check out their tour dates and get your tickets here.

Southern Italian metal band Reality Grey released a new single, “The Void,” taken from their upcoming album Beneath This Crown. You can preorder their album here.

Metalcore band Toothless released a new single “Bridges,” taken from their album Red, which will be available March 30.

Alternative rock band New Lingo released their new song “Swoon.” The track will be featured on their upcoming album Beloved, out April 28.

Rat Kid Cool released their new song “Patagonia,” taken from their forthcoming album Year Of The Rat, out March 16. Preorder the album here.