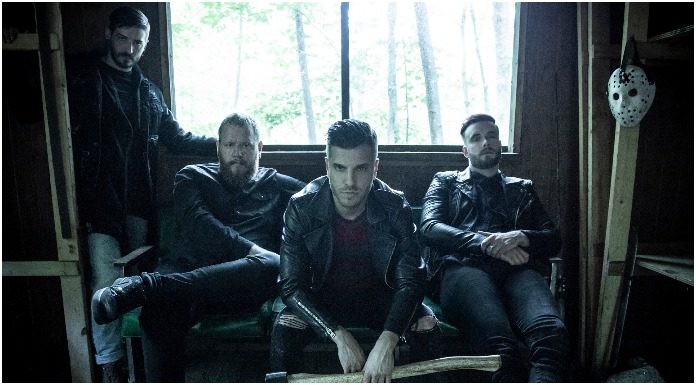 Ice Nine Kills have announced they’ve parted ways with their bass player Justin Morrow as he will be taking on the role as a full-time bass player for Motionless In White.

Morrow had been filling in for MIW for the past 6 months, and the band said the decision to part was mutual.

“We are excited for Justin and wish him nothing but the best!” the band wrote in a post on Facebook.

In the same post, they also announced who their new bassist would be. Joe Occhiuti, who co-wrote some of the band’s album The Silver Scream, will join the band.

“Joe brings with him an extensive multi instrument musical background and will not only be taking over bass duties, but will be contributing keys and back-up vocals, breathing even more insanity into the INK live show.”

Motionless In White also shared the news about their new bassist on Instagram.

MIW fans, . As many of you know, for the past few months we have be performing with our very close friend Justin Morrow, who has been filling in for our vacant bass player position. After much time spent between our band and Justin, and seeing the support of many fans who have watched him perform with us, we are honored to announce that he has made the decision to join us full time as our new bass player. He has been a perfect fit both on and off stage and we could not be happier to enter our new album cycle feeling complete once again. For more information from Justin directly, please visit his IG @Justiniceninekillerz, and for our friends in Ice Nine Kills, please visit their Facebook page to read their announcement. As always, thank you for your support, and we’ll see you on the road this year. . -MIW

Earlier this year, Ice nine Kills former bassist Shane Bisney passed away at the age of 31. He was with the band from 2009 to 2011. The band honored Bisnett with the release of merch and a song that benefitted his family.

In other news, Ice Nine Kills are gearing to set up on their March Into Madness tour. You can check out the full list of dates for that below.

What do you think of Ice Nine Kills getting a new bassist? Sound off in the comments below!