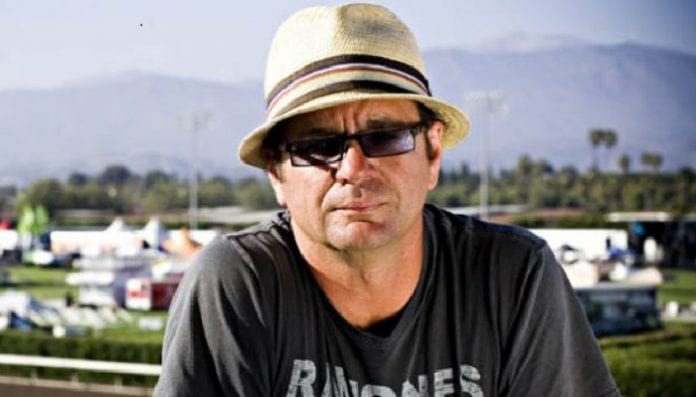 Vans Warped Tour might have just wrapped up its 25th anniversary shows this weekend, but that doesn’t mean Kevin Lyman isn’t working on his next project.

Lyman tweeted that after a break, he will be working on his collaboration with Chester Bennginton’s widow Talinda Bennington. It will honor the late Linkin Park frontman who died in July 2017 by suicide.

The project is called the 320 Project and it will “promote mental health awareness and resources,” Kevin Lyman wrote. Talinda operates 320 Changes Direction, which is an organization that advocates and educations about mental health and suicide prevention.

After a needed vacation we will be announcing the 320 Project a collaboration with Talinda Bennington in honor of her late husband Chester, to promote mental health awareness and resources. Player Omega information will also be coming out in a short time.

In a previous interview, Talinda said she was working on an “all-day festival with a concert at the end of the night”. We’ll have to wait and find out more information about what exactly this entails, but we can’t wait to learn more.

Recently, Talinda spoke about about the Linkin Park frontman’s mental state before his death. During Mental Health Awareness Month, Talinda Bennington revealed that she felt her late husband was in a “good place.”

Additionally, Talinda spoke about becoming an advocate for mental health since her husband’s passing.

“We just thought he was OK,” Talinda says. “I can’t emphasize [that] enough. If you knew Chester, you would know that he was in a good place, in such a good place.”

Additionally, Talinda reflected on how her life changed after the Linkin Park frontman passed.

“It went from living one life to living another in a split second,” Talinda says. “And to leave who I was before the phone call behind and step forward with a strength and confidence I didn’t even know I had—I did that because of my children. I had to do it for them.”

After a period of grieving, Talinda then decided to become an advocate and a voice for the Linkin Park fanbase.

“I’m not going to stay stuck in despair and I’m gonna move through the grief,” Talinda says. “And the way I began to do that was connecting with fans on Twitter. They were reaching out, saying how sad they were and how they didn’t think that they could go on because Chester couldn’t. And I knew that’s the last thing Chester would have wanted.”

Talinda then goes on to say that she began retweeting messages and asked for other Linkin Park fans to step forward and “lift each other up.”

After the chain reaction of support “caught on like wildfire,” Talinda could see a positive thing coming out of the dark times.

However, despite her impactful footprint on the community, Talida admits it’s still hard to listen to Linkin Park or Chester’s voice.

“I’ll jump from the back seat and change the station, I’ll jump out of the car if I have to,” Talinda says. “That’s just a visceral reaction I still have to this day … it’s just too painful.”

You can listen to the full podcast with Talinda Bennington here.

What do you think of Kevin Lyman and his new project? Sound off in the comments down below!