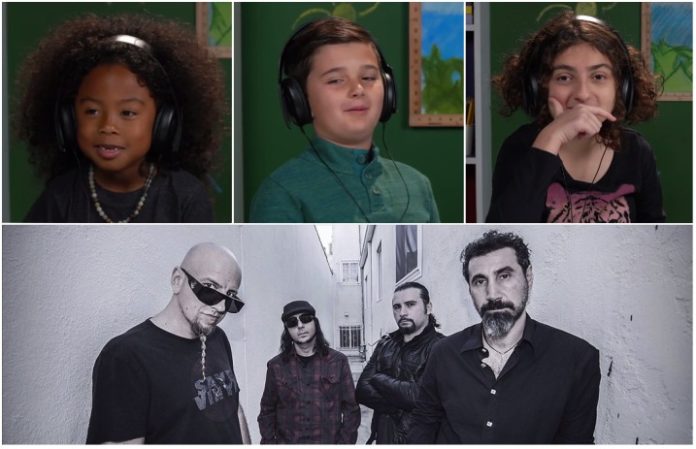 We've already been graced with elders' reactions to System Of A Down (and don't even ask me about the time my mom heard “Sugar“), and now, Fine Brothers Entertainment is back with the younger generation's take on the influential alternative-metal band—watch it below.

While we're sitting around all day waiting for a new SOAD album to materialize, check out these kids' hilarious reactions to the group. The youthful feedback runs the gamut from joyous affirmation (“This is so much metal—and I love it!”) to this simple, understated declaration: “There's a lot of yelling in it.” And, hey, we wouldn't necessarily disagree!

The kids' System Of A Down reactions are actually quite astute—one featured girl's already aware of the band and their political message—and while some take exception with the yelling, a few end up headbanging along with the selection of SOAD hits. We've ne'er been prouder of the kids.

How do you feel? What do you say?

What do you think about the reactions to the message-driven metal of System Of A Down? Sound off in the comments!