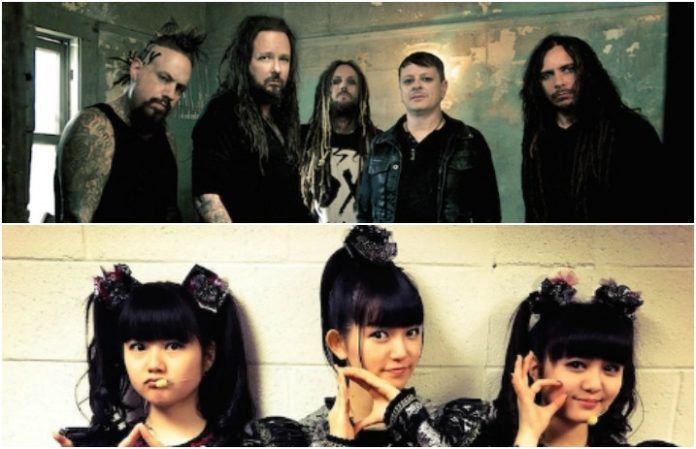 When it comes to Babymetal, music fans seem to have a mixed response—and it’s those metal purists that seemingly share their thoughts as loud as can be.

So it shouldn’t be a surprise that Korn’s Jonathan Davis has spoken against the haters. Read what he had to say below!

In an interview with Musik Express, Davis says that he was blown away by Babymetal's music the first time he listened to it. He explains that the way the band mixed metal with their Asian pop is “entertaining as hell.”

“When I first heard them, I was like, ‘Wow, this is amazing.’ It was considered different and it goes against the grain, and everybody was freaking out about it,” Davis says. “Hating it or loving it. It was one way or another.”

As for the haters, he says he can see where they’re coming from. Because Babymetal aren’t pure metal, the purists might not enjoy it.

However, he isn’t about the people who like to cause a scene and complain about the music they're producing.

“There are purist metal people that are pure about their music and want this and it's gotta be a certain way,” Davis says. “And there are other people, it's just music. If you dig it you dig it. Who cares? It's not that big of a deal if you like something like that, calm down.”

Listen to his interview in full below:

And Davis isn't the only musician to stand up to the haters. Rob Zombie called out Babymetal haters last year, telling trolls that Babymetal “roll harder than you.” (And we totally agree.)

Korn and Babymetal just spent the summer on the road together, and we’re sure there was plenty of rocking out all tour long.

What are your thoughts on Davis’ Babymetal stance? Let us know in the comments below!