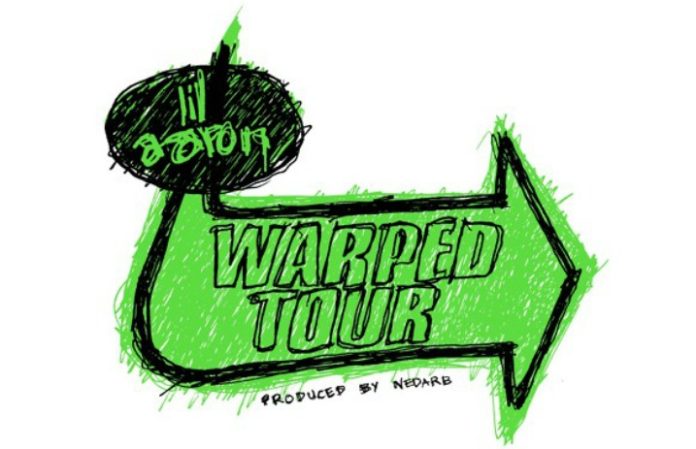 Rapper Lil Aaron has dropped two new tracks that take strong cues from our scene, the underground star sampling both Paramore and Panic! At The Disco on cuts titled, “Hot Topic” and “Warped Tour.” Hear the songs below!

As touted over at the Masked Gorilla, Lil Aaron “goes straight pop punk” on the duo of fresh numbers produced by Y2K (“Hot Topic”) and Nedarb (“Warped Tour”). Take a listen to the two tunes and let us know your take on the scene-centric rap jams in the comments. “I got bands like I'm Warped Tour”!

Lil Aaron has been bubblin' up for a bit now, the rapper being called “one of the music industry’s dest kept (and weirdest) secrets” on blog Pigeons & Planes. “My plan … is to create the expectation that I’m all over the place,” Lil Aaron says. “I’m still going to be consistent to this trap/rap meets punk/emo stuff.”