WARNING: We are entering NSFW territory.

It seems like Machine Gun Kelly is ready to spice up the most romantic day of the year by dropping a series of very special Valentine’s Day merch items.

His store has just been updated to feature many items relating to the holiday, and of course, many of them donned his classic shade of pink.

Available via Manhead Merch, items include a 14-inch tall pink voodoo doll covered in MGK lyrics from Tickets To My Downfall. Specifically, the doll idea came from the “body bag” lyrics, “She knows my pressure points, it hurts.” 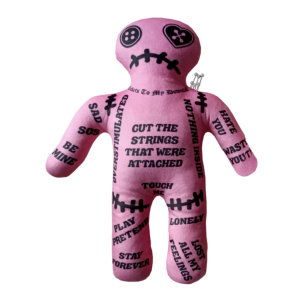 Other items include a teddy bear MGK tee, as well as hoodies and t-shirts with a photo of him and his girlfriend, actress Megan Fox.

On the merch items, the two are kissing and surrounding my cartoon hearts. The words on the tee read, “she loves a boy so much she wants to steal him to steal her breath,” which are lyrics found in his track “banyan tree – interlude.” 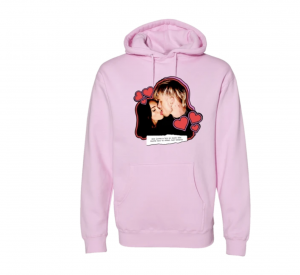 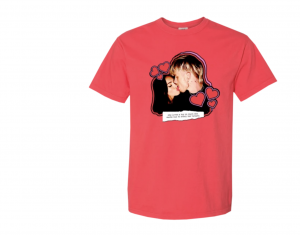 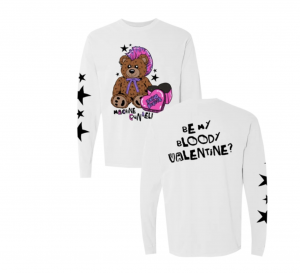 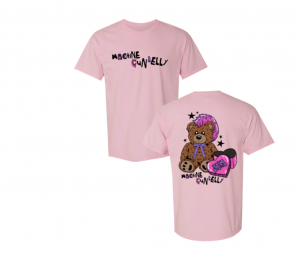 Yes, it’s true. MGK has put his Lil Devil Toy 2.0 on the market for music fans who are also looking for a new sex toy.

The new and improved Lil Devil 2.0 is water-proof, meaning it can be used in showers, pools, etc. and the device has five vibration speeds. Plus– the new toy has a new grooved design, which will create different sensations than the original one. 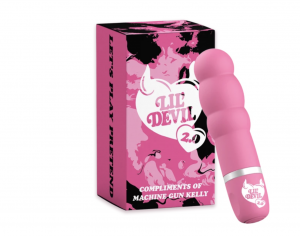 Retailing at $40, Lil Devil 2.0 does come with its own storage pouch, but it is up to you to grab one AA battery to make it work. The product notes share that this toy can be easily cleaned with soap and water, though stores such as Adam & Eve do offer special sex toy cleaners.

If you’re a big MGK fan, it’s best to load up your cart sooner rather than later because these items will not be restocked and are likely to sell out quickly.

Though the merch won’t arrive on your doorstep in time for Feb. 14, all of these items can be enjoyed year-round. Wink, wink!

You can check out the whole merch store here.