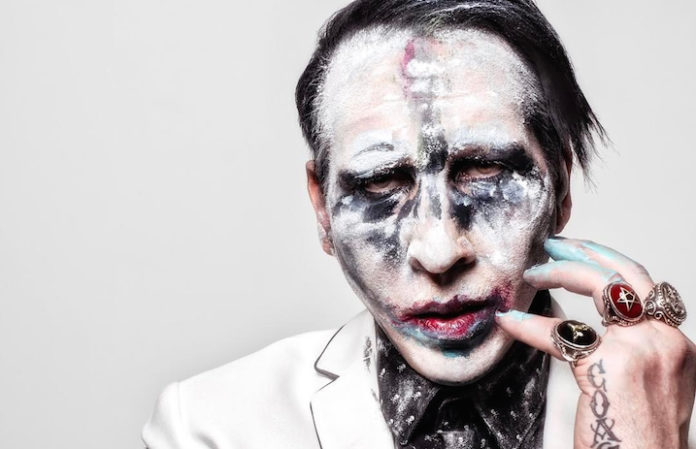 Marilyn Manson's doling out relationship advice, divulging the drugs he likes (and the ones that don't like him), and revealing his love for Hannibal Lecter in a new interview. Read what the “Antichrist Superstar” has to say below.

Manson—seemingly no longer beefing with Justin Beiber—tells Rolling Stone in a wide-ranging chat that his number one rule is, “Don't make beats that confuse strippers,” a piece of advice he's apparently shared with both Josh Homme and Slayer's Dave Lombardo. Whether those musicians have heeded Manson's percussion-ary caution, the “Mephistopheles Of Los Angeles” goes on to offer some interesting tips on interpersonal relationships.

“I learned to use logic before emotion,” Manson says of his love affairs. “If you're in a fight, it's almost a scientific fact that it takes men about six minutes to just walk it off. If women start crying, you give them 15 minutes, they'll stop. If you even try to coddle or be nice in a fight situation, it won't work.”

Of course, the above advice is coming from the man who admittedly lost his virginity to a “cheerleader in Canton, Ohio,” and “got crabs at the same time,” a well-known nugget of lore among Manson fans. Perhaps lesser known, however, is that the musician once smoked human bones, among the other drugs he's ostensibly consumed. Still, there's a few he says he won't do.

“I've smoked human bones and taken acid,” Manson says, mentioning that “bath salts would be top of [his] list” for refusal. “I don't want my flesh to fall off. … All your demons appear when you smoke bones or take acid. The older you get, the more demons chase you around and you have nightmares.”

Apart from past drug use, Marilyn Manson holds some interesting obsessions, the musician contending that he's “not the typical person that goes and buys cars” but will buy severed-arm props from TV shows to “jack [him]self off with.”

“The most indulgent purchase I made recently came from … some of Hannibal Lecter's items [from the TV show Hannibal,]” Manson reveals. “I bought the kill suit that he wore to make sure to not get blood on your suit and your shoes, his apron that he used when he cooked that also had blood on it, the knife, a severed tongue, and Anna Chlumsky's arm. She had an arm[s] severed on the show. I ran into Bryan Fuller, the creator of the show, and he said, 'Oh, I heard you that bought all the stuff—I'm the one who created Hannibal.' I said to him, 'Tell Anna that I was rich enough to buy her arm and jack myself off with it.'”

Manson's new album Heaven Upside Down is out this Friday, Oct. 6.