He gave fans an update about the next album.

Matty Healy has given fans an update about the upcoming the 1975 album and we couldn’t be more excited.

Healy shared a screenshot on his Instagram Stories of a currently untitled song that is presumably on the record named “New Recording 11.”

The first screenshot he writes, “This record is taking long than I thought but that’s cool.”

Then he said, “I will start putting music out in August but I really don’t know when the whole album will be out / finished.” 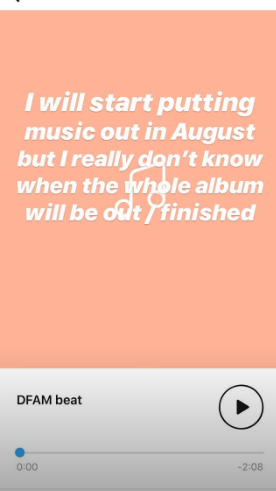 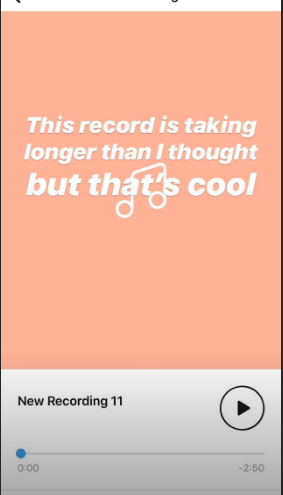 We can’t wait to hear whatever he and the band have been working on and will be patiently waiting.

The vocalist says winning the awards gave him “imposter syndrome” while reflecting on the songwriting process.

The annual awards ceremony gave the 1975 the Songwriters Of The Year prize during the event, along with Best Contemporary Song for ‘Love It If We Made It’.

The Academy says the group’s 2018 album A Brief Inquiry Into Online Relationships was “daring, vulnerable and recklessly honest” and “stands out as a vivid picture of modernity.”

Healy says it’s amazing the band received the awards and regrets not being able to show up. “I mean, we’d never pull a show to go to an awards ceremony, so I think that’s a testament to the award itself,” says Healy.

He went on to say how amazing it is to be deemed the best songwriter of the year by his peers, but winning the award gave him “imposter syndrome.”

“It gives you imposter syndrome,” says Healy. “The creative process is so messy and fraught. If people knew, they wouldn’t be giving me this award. Like, I’ve winged it. That’s what you always think, that you’ve winged it.”

“When I realized I was doing Reading & Leeds, I thought, ‘That’s like my primary dream’. I was thinking it needs to be front on and it needs to be a show that I know. It can’t be some new hodge-podge thing – it needs to be amazing. Like when I saw Nine Inch Nails when I was 18 like off. my. nut – it needs to be like that vibe. It will be the full arena show.”

Expanding on how that 2007 Nine Inch Nails set influenced the 1975’s live shows, Healy says, “That informed the live show. There was just silhouettes with a video background, and to this day I’m still doing that. That was a big one.”

How excited are you for the next the 1975 album? Sound off in the comments below!