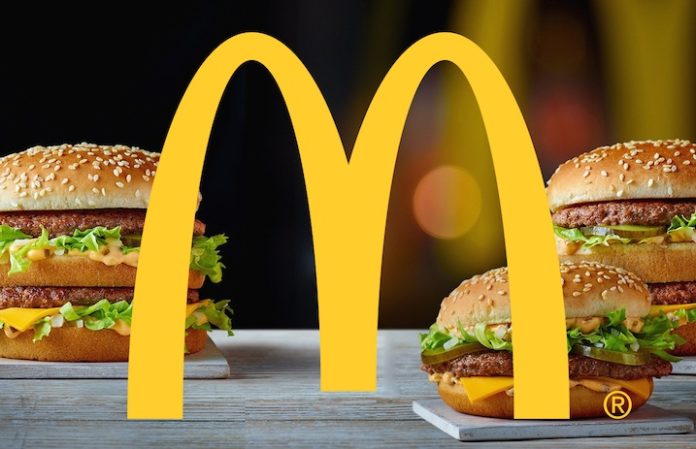 In celebration of the Big Mac's 50th birthday, McDonald's is rolling out two new sizes of the famous hamburger for a limited time. That's right, get your hands on a Mac Jr. or Grand Big Mac until March 20 at participating stores.

Read more: Cole Sprouse and McDonald's tweet each other

The super-sized Grand Big Mac (at 741 calories) and mini Mac Jr. (only 400 calories) burgers are currently only available in the U.K., according to a report from the Evening Standard. Get more info on the new Big Macs here.

First launched in the U.S. in 1968 (and, wouldn't you know it, that's the same year the Velvet Underground released White Light/White Heat), McDonald's Big Mac is now sold in more than 100 countries. Interestingly, the iconic sandwich was first devised in the Pittsburgh area about a year before its nationwide launch: It was apparently created by one Jim Delligatti, an apprentice of original McDonald's popularizer Ray Kroc. (Yo, anyone seen The Founder?)

“As an iconic McDonald's product, we are proud and excited to be celebrating 50 years of the legendary Big Mac, and for the first time ever in the U.K., introducing the two new sizes for a limited time,” says McDonald's U.K. head of marketing Steven Howells, per the NME.

“We know a lot of our customers will remember the 1974 launch of the Big Mac in the U.K. and have continued to enjoy the burger and pass the Big Mac love on since then—it remains our most iconic burger!”

McDonald's has toyed with Big Mac variations in U.S. markets in the past. But, for now, if you can't get across the pond to try out a smaller or, um, bigger Big Mac, you can assuage yourself with a chance to win this insane 18k gold “Bling Mac” ring, as reported by Cosmopolitan.

See some Big Mac tweets below:

Why didn’t anyone tell me the Grand Big Mac and Mac Jr. started @McDonaldsUK today!? ���� pic.twitter.com/okXwK4wmIn