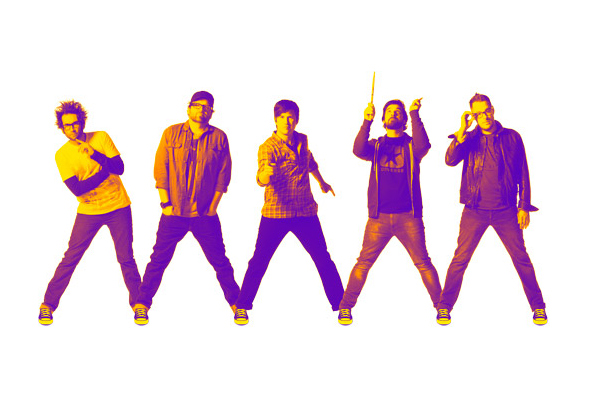 Motion City Soundtrack have teamed up with Journeys Plug Into Color and Converse Rubber Tracks to release an alternate version of “True Romance” for free download, available here. MCS bassist Matt Taylor had this to say about the track:

“We showed up with iPads and not much else—including a plan of action. We started playing the song with two iPads (using Moog's Animoog app), drums and vocals. Those are the foundations of the track. Then, we overdubbed a touch of guitar and some synth strings in the bridge. We ended up with a simple and spontaneous version of the song.”

The original version of the song appears on the band's new album Go, out June 12 via Epitaph/The Boombox Generation. Check out a behind-the-scenes video below.