More and more questions and still no answers.

My Chemical Romance keeps teasing us. Just yesterday, the band continued their run of cryptic messages with an American Flag and Danger Days–themed post, sparking speculation about a U.S. tour. Earlier, another teaser caused a buzz for a UK show, and everything in between has just confused us.

Most recently, frontman Gerard Way wrote a blog post for My Chemical Romance’s website discussing his feelings about Japan, which is the next date for them to play. The peculiar thing, however, is that the post is front dated or future-dated. This means it’s dated for a time that hasn’t occurred yet and fans are itching to know why.

In the post, Way talks about his love for Japan and touches on the fact that he always learns something while there.

Gearing up to head to Japan – it has always been a magical place for me. Every time I am there, I learn something about the culture, and something about myself. I come back home feeling fresh, with a new perspective. The crowds are as spectacular as the beauty of the country. 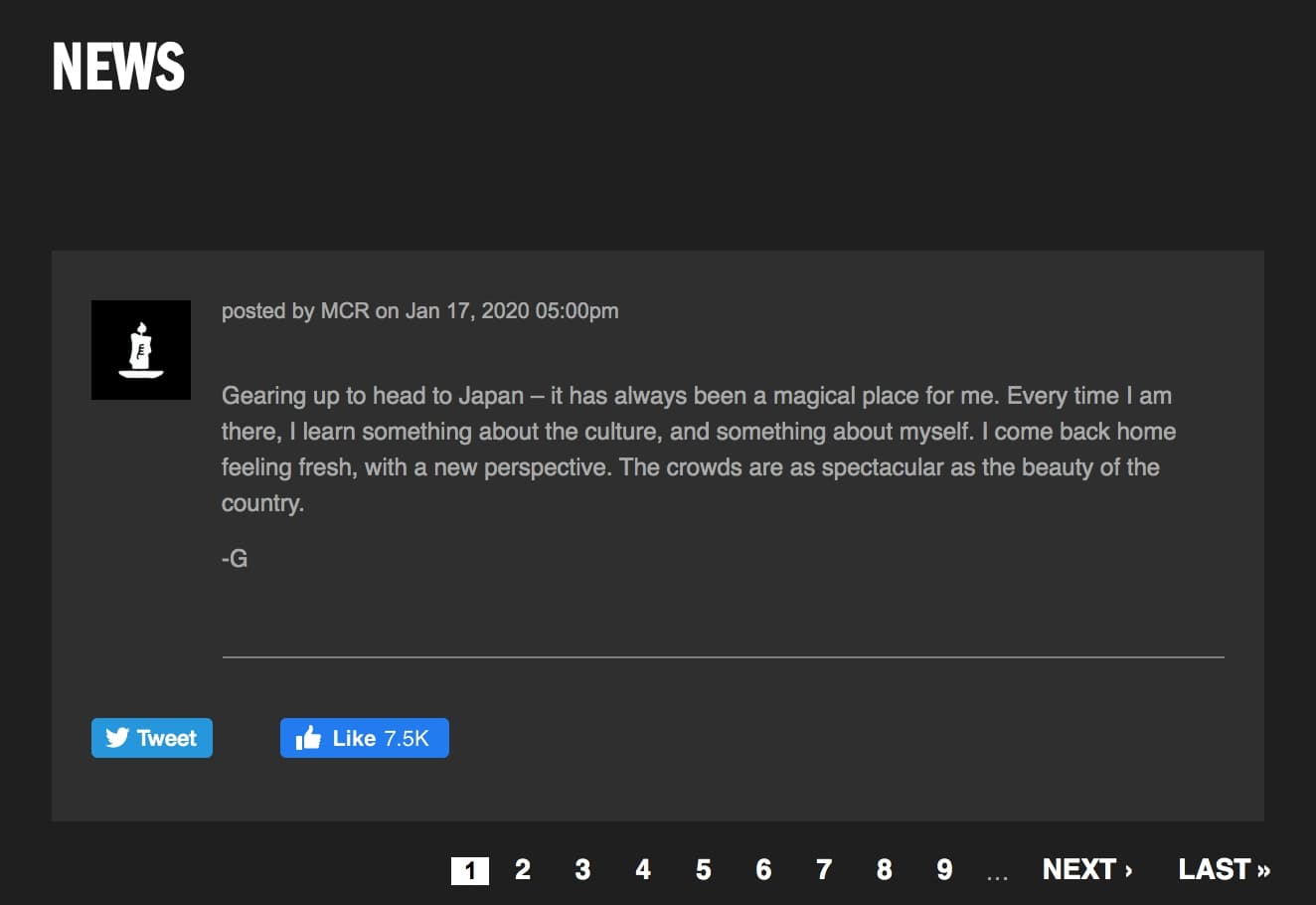 As you can see, the time posted was Jan. 17, 2020 at 05:00 pm. At the time, nowhere in the world was hitting 5 p.m. So why is it dated as such? Some think it means new My Chemical Romance material. Others are just plain stumped. Check out some reactions below.

Dated in the future! It’s not 5pm on the 17th anywhere in the world yet. Also, a website would still post to it’s set timezone, unless someone manually changed it. 5pm on the 17th Japan time is 12am Central time. Something could be coming VERY soon. #MyChemicalRomance https://t.co/mYCmvAEFF8

So it wasn’t 5pm Japan time. ?Are we still gonna get something today? You don’t just post from the future for no reason. #MyChemicalRomance

Reddit has more than a few interesting theories. They point out that the word “magical” pops up in the post. Magick is a very common theme with many elements of this My Chemical Romance return. In regards to the post that is dated for the future, u/fluffyllamafeet speculates the album may be about time travel.

This makes a whole lot of sense given the past album-themed teasers we’ve been receiving and Merlin (the main theory of new My Chemical Romance content) was a time traveler.

As of writing this, it is now 11:37 p.m. in Japan, meaning 5 p.m. already happened there and nothing occurred. Either, fans are diving too deeply into anything, or we can expect something at 5 p.m. in a different timezone, perhaps the East or West coasts of the United States.

Read More: blackbear tries to shake the past in emotional “me & ur ghost” video

“If you were to pay close attention, I say, ‘That rumor is like a broken clock…’ Some might think that I meant to say broken record, but I did not. Because even a broken clock is right twice a day.

Tell us your best My Chemical Romance theories in the comments below!