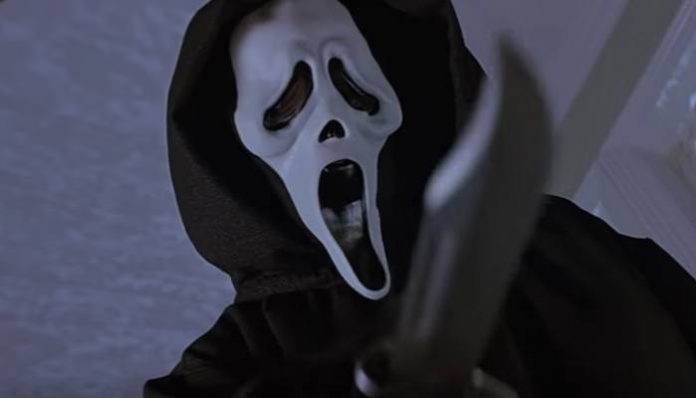 In an age of reboots, it looks like we can add another one to an evergrowing list. It’s officially been confirmed Ghostface is heading back to the big screen in a new Scream installment.

Wes Craven directed all four Scream films prior to his 2015 passing, also producing the second and fourth installments. Kevin Williamson (I Know What You Did Last Summer, Halloween H20: 20 Years Later) penned all but Scream 3. The screenwriter produced instead and Ehren Kruger (The Ring, Transformers: Revenge Of The Fallen) wrote the script.

Details are scarce, but Bloody Disgusting states Williamson hasn’t signed on to write the fifth film at the time of publication. Deadline also confirmed the film’s production, noting it’s unclear if this will be a prequel, reboot or sequel.

MTV also rebooted the film as Scream: The TV Series in June 2015, introducing a new mask to horror fans. It ran a second season in 2016 before disappearing until VH1 revived it this year as Scream: Ressurection with the original Ghostface.

The first Scream film was the highest-grossing slasher film of all time until 2018’s Halloween remake stole that spot. Depending on the developments with this upcoming next chapter, it looks like Ghostface is heading back for his slasher title. Revisit the classic film below.

Fans of the classic ’90s slasher film were set for quite the scare this Halloween. Diehard fans will remember the iconic house from the end of the Craven-directed film, which was being offered up for a one-night stay back in July.

If you remember the legendary scene from the end of the movie, you know the house we’re talking about. Fans were able to purchase tickets for the experience of a lifetime to spend Halloween partying in that house.

The ‘Screamoween’ event was set to held this October 31 with fans being invited to spend the night in Santa Rosa, California. However, given the extreme wildfire in Northern California, the event was rescheduled for March 14, 2020.

*** DUE TO THE EXTREME WILDFIRE SITUATION IN NORTHERN CALIFORNIA, SCREAMOWEEN IS BEING RESCHEDULED. IF YOU PURCHASED TICKETS, PLEASE CHECK YOUR EMAIL***

Due to the rescheduling some people were unable to keep their tickets. “We have a few people who are no longer able to attend the event due to the rescheduling and are willing to sell their tickets and/or rooms,” the event site reads. “If you’d like to buy tickets through them instead of us, please email us at [email protected] and we will put you in touch with one of the sellers.”