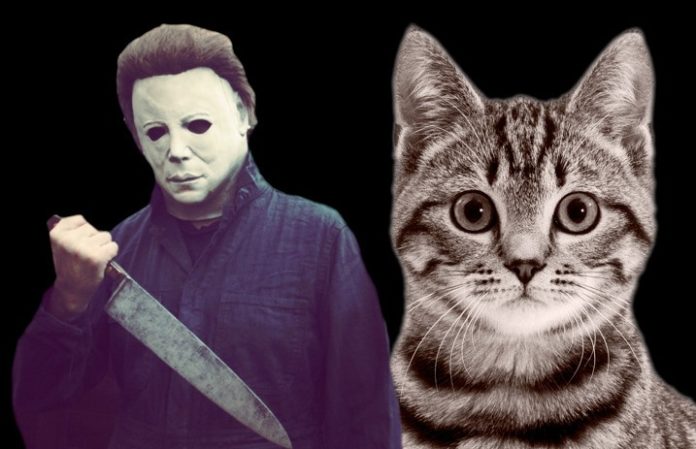 We're all familiar with iconic Halloween slasher Michael Myers stalking his prey with the patience of a monk, but new details about the upcoming Halloween movie have the killer now slinking around with some “cat-like” qualities.

As reported by Comicbook.com, both classic Myers actor Nick Castle and newcomer James Jude Courtney will portray the masked villain in the film. And Courtney was apparently recruited to give Myers—aka “The Shape”—some new agility while chasing down scream queen Jamie Lee Curtis.

“We talked about the character and we talked about movement,” Courtney says of director David Gordon Green, per an interview with Halloween Daily News. “He said, 'Look, I really see a certain—yes, The Shape moves a certain way and Nick Castle was the one that created that iconic sort of presence, but I have this idea that there's a certain cat-like quality to the efficiency and movement.'”

While Courtney and Castle will seemingly switch off playing Myers in the film, the newly-added actor says they also filmed a sort of “passing of the torch” scene with both actors present. How this works in the film? We don't know.

But back to the cats! Courtney talks up the “cat-like” qualities that Myers will exhibit in the new Halloween film, stating that he even studied his own feline friend to get the killer instinct down for a quicker horror movie murderer.

“I think cats are the most perfect hunting, killing machines on the planet,” he says. “And the beauty of it is we don’t judge a cat for what a cat does. A cat does what a cat does because that's a cat. So I sort of carried that movement and the non-judgmental approach to the way I moved as The Shape, which I learned from my cat Parcival. … He's a badass.”

The new Halloween is out Oct. 19, and the slasher sequel purportedly picks up 40 years after the story in John Carpenter's original movie. Apparently retconning Rob Zombie's Halloween (2007) and Halloween II (2009) remakes, the new flick is said to ignore previous Halloween sequels like Halloween H20: 20 Years Later and Halloween: Resurrection.